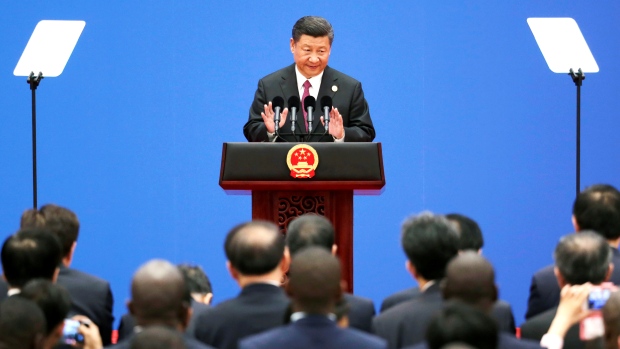 At a time when India is wasting precious time in baseless debates on Darwinism, China on Friday announced its ambitious plan of opening a shipping route through the Artic.

Dubbed as the ‘Polar Silk Route’ Chinese President Xi Jinping on Friday released its first official Arctic policy white paper as part of the signature Belt and Road Initiative to the Arctic by developing shipping lanes opened up by global warming, according to agency reports.

Ironically, global warming, as some observers feel has opened up more potential business opportunities for the countries of this planet.

“China hopes to work with all parties to build a ‘Polar Silk Road’ through developing the Arctic shipping routes,” said the paper, which was issued by the State Council Information Office.

Xi’s ambitious Belt and Road initiative focusses on connecting China to Europe, the Middle East across dozens of countries through massive infrastructural developments.

Shipping through the northern sea route would save almost 20 days off the regular time using the traditional route through the Suez Canal, agency reports stated.

The white paper, according to reports, said China is also lokking forward to develop oil, gas, mineral resources and other non-fossil energies, fishing and tourism in the region. It said it would do so ‘jointly with Arctic States, while respecting traditions and cultures of the Arctic residents including the Indigenous peoples and conserving natural environment’.

The paper, according to reports, says China also encourages businesses to build infrastructure and conduct commercial trial voyages in the Arctic.