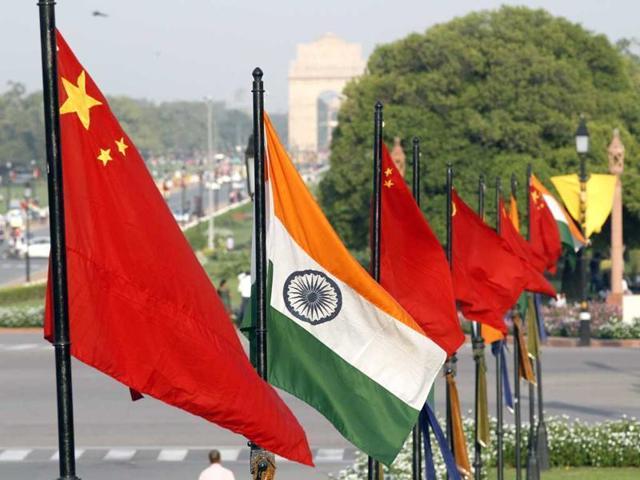 China’s road and military infrastructure construction in Doklam area near the Sikkim-Bhutan-Tibet tri-junction is a concern in the Indian security establishment, with People’s Liberation Army now trying to circumvent Indian troop positions with a road axis in the region.

Sources say PLA troops are ‘trying to work around or outflank’ the Indian Doka La military outpost, which is located on the ridge that dominates Doklam.

They plan to do this by constructing a new 1.3-km long road and ‘communication trenches’ around 4-km away from the spot.

This alternative axis could allow them access to Jampheri Ridge in south Doklam, as the PLA had earlier wanted before the 73-day troop stand-off last year.

But Indian security establishment officials when contacted on Monday, refused to comment. India is ‘highly sensitive’ about the Jampheri Ridge because it overlooks its militarily-vulnerable Siliguri Corridor or the ‘Chicken’s Neck’ area.

Officials say China remains keen on usurping Doklam, disputed between Beijing and Thimpu, to add strategic depth to its narrow Chumbi Valley, which juts in like a dagger between Sikkim and Bhutan.

In the past,   India had never objected to PLA patrols in Doklam but was forced to intervene in mid-June last year when the PLA troops attempted to disrupt the status quo by constructing the road towards the Jampheri Ridge.

Indian soldiers from their Doka La post had then stepped down just around 100 metres ahead to physically block PLA troops from extending the road. It had led to the 73-day face-off between the two armies before troop disengagement from the actual faceoff site on August 28 after extensive diplomatic parleys.

But the PLA had constructed military infrastructure and helipads as well as deployed around 1,600 troops in north Doklam (separated from south Doklam by the Torsa Nala rivulet) throughout the winter for the first time after the disengagement, reported TOI.

Defence minister Nirmala Sithraman  recently admitted in Parliament that the PLA had undertaken “construction of some infrastructure, including sentry posts, trenches and helipads” near the face-off site, while her junior minister Subhash Bhamre had also said that the situation had the potential to escalate in the coming months.