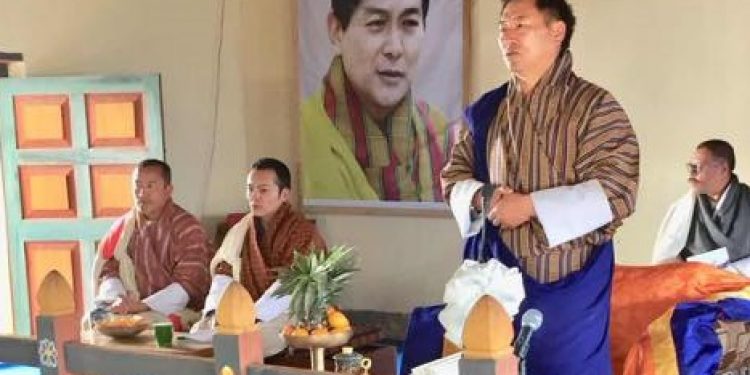 Allaying fears of fuel price hike, the president of Druk Phuensum Tshogpa (DPT), Pema Gyamtsho, on Monday urged the voters not to believe such rumours and speculations.

The recent surge in fuel prices has prompted a widespread speculation that the prices of fuel and other imports from India could see further hikes if his party comes to power.

While campaigning in his home district of Bumthang, the DPT president also said the talks concerning DPT with regard to Bhutan’s relation with India are also not true, according to a Bhutan Broadcasting Service report.

Notably, fuel prices in Bhutan have hit record-high rates in the recent months amidst increasing international crude oil prices and shrinking Indian rupee value against the US dollar.

During the meeting with the people and the business community of Chamkhar, the party president said his party would work towards developing Chamkhar town into a model town in the Himalayan region.

Gyamtsho also stressed on his party’s vision of achieving economic self-reliance by 2025, revamping and executing hydropower projects and ensuring employment for all among other pledges.