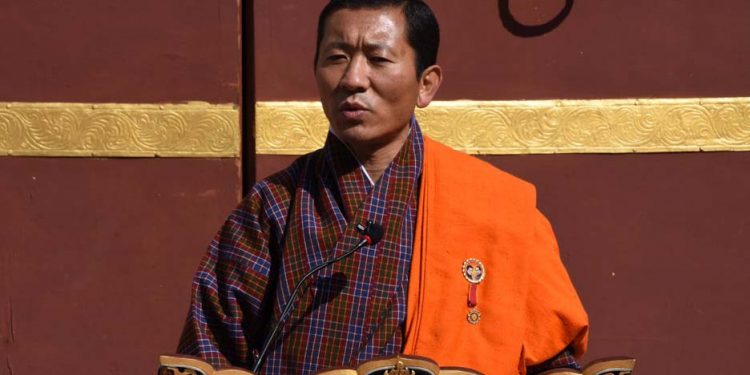 At a time when consultations are going for a pay revision with members of the Pay Commission holding discussion with various sections of the society, PM Dr Lotay Tshering-led Bhutan government has indicated that performance-based incentives would be instituted in the civil service.

In a meeti organised on Friday, Prime Minister Dr Lotay Tshering said the pay commission is an autonomous body with a constitutional mandate, reports Kuensel.

The PM said that he had asked for a ‘unique’ reform in the pay and allowance of public servants.

He also said the 4th Pay Commission has been asked to look into rewarding skills and hard work and advised to conduct adequate consultations.

Prime Minister Tshering also said he would not hesitate to re-constitute another pay commission if the reforms suggested by the members of the current Pay Commission lack the ‘wow’ factor.

The PM also said a revision based on flat percentage is not in keeping with the government’s slogan of narrowing the gap.

Even in the same position classification, for instance, the PM said, Nu 15,000 to all P1 level employees is “not fair” because the responsibilities and input differs among various sectors and professions.

On the government’s pledge to provide fortnightly salary, Lyonchhen Tshering said that it is still on and doable.

As the civil servants depend on the monthly paycheck, their personal financing outlay has to wait until the month ends and they are unable to save much.

Fortnightly, paycheck would encourage civil servants to save more, the PM said.

However, the PM clarified that the government is not in a position to give more details as the pay commission still on the task.