On the eve of the 71st Republic Day celebrations, troops of the BSF, stationed along the India-Bangladesh border at Akhaura, exchanged sweets with the troops of their Bangladeshi counterpart, BGB

Sweets were exchanged between the troops of Border Security Force (BSF) and Border Guard of Bangladesh (BGB) as a goodwill gesture.

This is also done to boost the bond between the BSF and BGB troops.

However, the gesture was equally reciprocated by BGB officials and jawans. 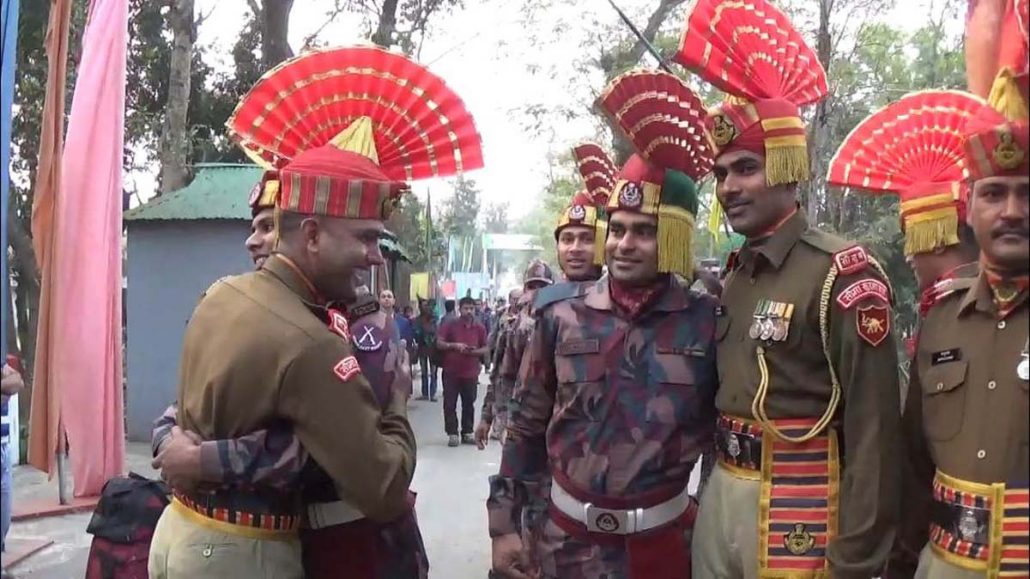 To enhance bilateral relations, the exchange of sweets between the two countries along the international border is an old and traditional gesture to show goodwill between the two nations and has been in practice for many years now.

Apart from the Republic Day, the BSF and BGB troops also exchange sweets and greetings during various festivals like Diwali, Eid, Holi and Independence Day.

BGB Nayek Subedar Jahangir Alom told the media persons that the friendship of both countries will remain for a long period.

Alom informed that ahead of the 71st Republic Day celebrations, the BSF personnel gave them sweets.