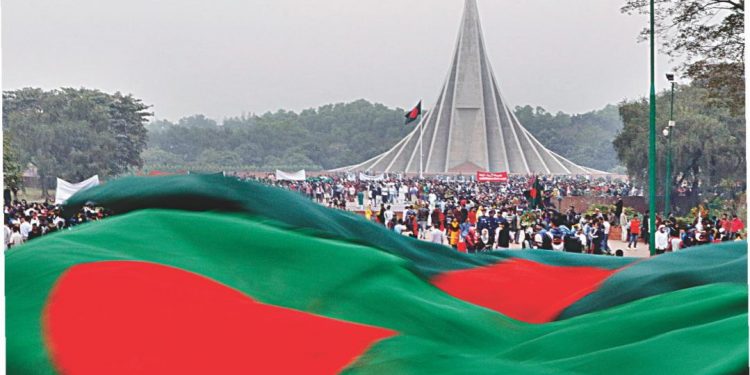 The martyrs laid down their lives for the country’s independence in 1971.

Bangladesh President Abdul Hamid paid homage by placing a wreath at the altar of Shikha Anirban (eternal flame) in the morning and stood in solemn silence for a while to pay respect to the martyrs, Xinhua reported.

A contingent of the Army, the Navy and the Air Force presented a salute on the occasion.

President Hamid and Prime Minister Hasina have issued messages greeting members of the armed forces on the occasion.

Various programmes have also been organised at different army garrisons, naval ships, installations and bases of the Air Force across the country.