Bangladesh: Protest march against rape from Dhaka to Noakhali on Oct 16 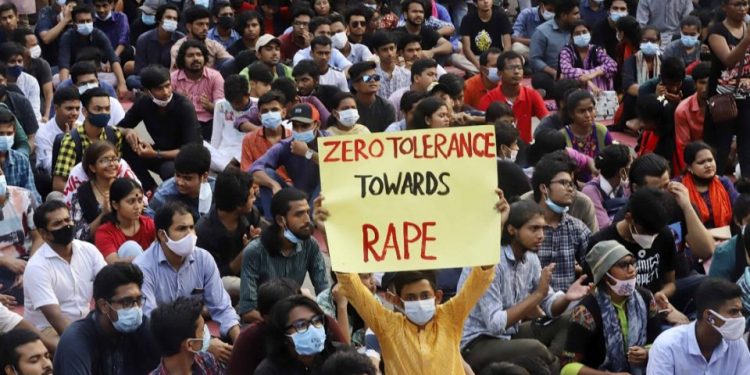 A protest march against the growing incidents of rape, sexual harassment and violence against women in Bangladesh, will be taken out on October 16 from Dhaka to Noakhali in Bangladesh.

People from all walks of life, including leaders and activists from different political organisations are likely to join the protest.

According to the organisers, a grand rally will take place on October 17 in Noakhali.

On Friday, a protest was also staged outside the National Museum in Dhaka under the banner of “Bangladesh Against Rape and Torture”.

Different organisations have been protesting in Dhaka’s Shahbagh and other parts of the country since Tuesday over the assault of a woman in Noakhali and the rape of another in Sylhet’s MC College.

Bangladesh police have arrested some 22 people on charges of rape incidents in different places, including Ashulia in Savar, Sonagazi in Feni, Noakhali, Chandpur, Jashore and Chittagong.

At least 889 women have been raped in Bangladesh between January and August of this year, according to legal rights group Ain O Salish Kendra.

As many as 192 others faced rape attempts and sexual harassment in this period, while nine victims took their own lives.