Awal is son of top BNP leader and business tycoon Abdul Awal Mintoo, who is close to BNP supremo and former PM Begum Khaleda Zia and her son Tarique Rahman 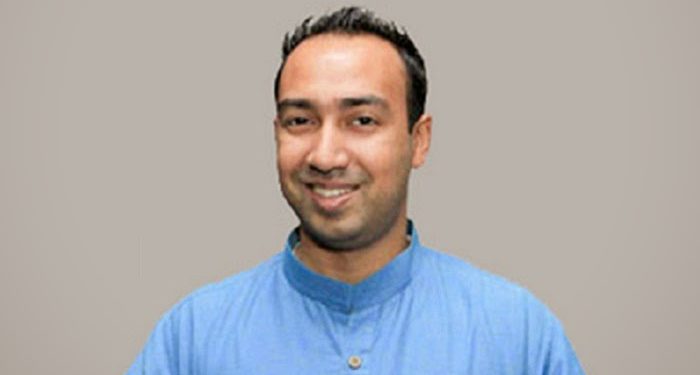 BNP’s mayor candidate for Dhaka North City Corporation polls, Tabith Awal, has been found guilty of non-disclosure of his complete assets, which renders him vulnerable to a formal complaint seeking cancellation of his nomination.

Awal is son of top BNP leader and business tycoon Abdul Awal Mintoo, who is close to BNP supremo and former PM Begum Khaleda Zia and her son Tarique Rahman.

A media expose has led to Awal’s shareholding in a Singapore based company which has not been mentioned in his affidavit to the Election Commission (EC) of Bangladesh.

The two other owners are his brothers. Though the company has millions of dollars of assets and liabilities, Tabith did not include its name in his disclosure to the EC, in likely violation of Bangladeshi electoral laws and regulations.

NFM Energy (Singapore) PTE LTD, which was incorporated in Singapore in 2008, has a total of 1000 shares, with Tabith owning 340 shares while his two brothers Tafsir Awal and Tajwar Awal own 330 shares each.

The Awal brothers, listed in the business registry documents as US citizens, are also the directors of the company.

There is a fourth non-shareholder director, who is a Singapore national.

According to the documents obtained from the Accounting and Corporate Regulatory Authority (ACRA) of Singapore, NFM Energy (Singapore) PTE LTD is involved in “trading in primary products and processed food” and “investment in various energy related companies”.

Netra News claims it has seen evidence that the company holds a significant stake in Bangladesh Petrochemical Company Limited (BPCL), and Tajwar Awal represents NFM Energy (Singapore) as a director in the BPCL board.

BPCL is not included in the list of 37 companies that Tabith Awal disclosed to the EC as his business interests.

Netra News also claims it has found a defunct company in the Panamanian business registry that lists Tabith Awal as the treasurer and director.

The company, Multimode International SA, had Tabith’s father Abdul Awal Mintoo as the president and Tafsir Awal as one of the directors.

The Awal family’s name previously came up in relation to a Bermuda-based company, NFM Energy Limited, which was part of the “Paradise Papers” leak published by the International Consortium of Investigative Journalists.

Tabith Awal says his lawyers prepared the disclosure affidavit based on applicable laws and regulations, “It was all created by my lawyers. [They] must have done it after looking at laws and requirements.”

He said he only has a controlling interest in NFM Energy (Singapore) PTE LTD.

Tabith, however, appeared surprised when he was asked about the defunct Panama-based company Multimode International SA.

“I have no idea about that! Is my name there?” he told mediapersons.