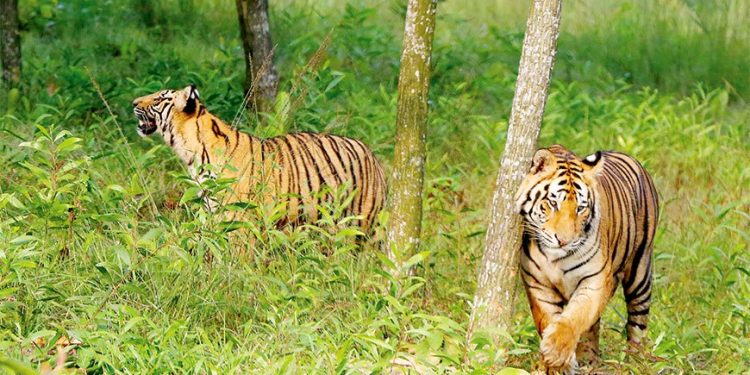 The poachers opened fire when the police team wanted to intercept the boat. The police commandos retaliated immediately, killing the four poachers.

Local fishermen identified one of the bullet-riddled poachers as Hasan. He was the leader of a poachers’ gang, popularly known as the Hasan Bahini. The gang was involved in poaching and kidnapping of local fishermen.

The three other poachers could not be identified. Firearms and bullets were also recovered from the boat.

The poacher gangs have been a major cause of concern for the wildlife agencies as they were part of an international animal parts smuggling network. The numbers of the endangered Bengal Tigers had fallen from 440 in 2004 to 106 tigers in a 2015 census.

This month, the Sundarbans authorities had claimed that the tiger population in the UNESCO World Heritage Site, which also includes parts of India, has grown for the first time in two decades.

A tiger census data released recently showed the number of Bengal Tigers on the Bangladeshi side increased to 114 from 106 four years ago.