Who should not use hydroxychloroquine for COVID-19 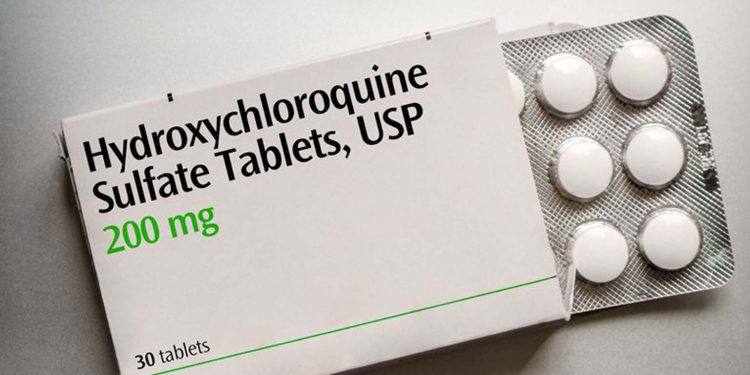 The Press Information Bureau (PIB) on Friday twitted a health ministry advisory regarding the use of hydroxychloroquine for treating COVID-19 patients.

The advisory is based on the recommendation of the Indian Council of Medical Research (ICMR) constituted task force.

According to the advisory, the drug should not be administered to children below the age of 15.

The medicine is also not recommended to people with known cases of retinopathy and known hypersensitivity to hydroxychloroquine or 4-aminoquinoline compounds.

In recent times, hydroxychloroquine has been being widely touted as a treatment for COVID-19.

Reacting to these claims the ICMR, however, has said that unless it gets satisfactory results, it is not going to recommend hydroxychloroquine for commercial use.

Speaking to a popular news agency, senior ICMR scientist R Ganga Ketkar said that it was important o understand that hydroxychloroquine was not mandatory.
“Whether it will reduce the infection, will be known only after tests. The doctors are still testing it on symptomatic patients. Until we get satisfactory results, we won’t recommend this to anyone,” Hindustan Times further reported quoting Ketkar.

Hydroxychloroquine emerged as the most sought-after medicine after initial trials in China “showed” that it boosted recovery and lowered the COVID-19 severity.

The ICMR further recommended hydroxychloroquine only to those asymptomatic healthcare workers involved in the care of suspected or confirmed COVID-19 cases along with asymptomatic household contacts of laboratory-confirmed cases.

According to the advisory, hydroxychloroquine should be taken only after it is recommended by a registered medical practitioner.
“If anyone becomes symptomatic while on prophylaxis, he/she should immediately contact the health facility, get tested as per national guidelines and follow the standard treatment protocol,” the health ministry guideline further said.
No Result
View All Result
No Result
View All Result