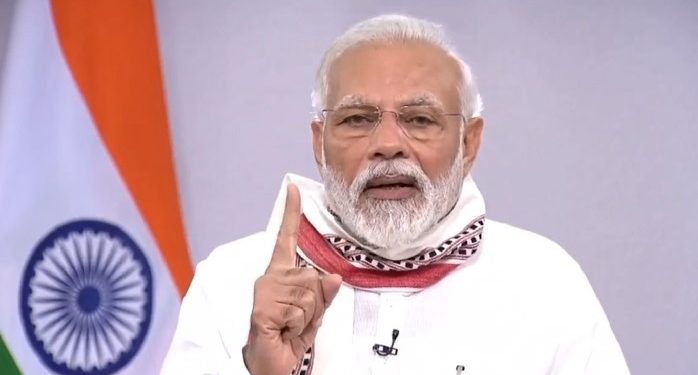 Prime Minister Narendra Modi is meeting with all chief ministers through video conferencing on Monday to review the nationwide lockdown and steps required to further contain the spread of the COVID-19 pandemic.

Meanwhile most state governments were of the view that strict lockdown measures should continue at least in the red zones, where coronavirus cases have been on the rise.

While on the other hand, some states said the Centre should identify sectors to revive economic activity, especially in rural areas where the winter crop is being harvested.

States also said restrictions on mass-gatherings in malls, public transport or religious events, should not be relaxed as it could reverse the benefits of the nationwide lockdown to control the pandemic.

A section of state governments said lockdown restrictions can be eased a little in areas identified as green zones, but it should continue both in red and orange zones.

This will be the third meeting between Modi and the chief ministers in the past one month.

During the earlier meeting on April 11, most states had demanded an extension of the nationwide lockdown.

Subsequently, the Central Government had decided to extend it by 19 days till May 3.

Meanwhile, the Telangana government is trying to ensure that no mass gatherings take place on the occasion of Ramzan.

Congress-ruled states, which had supported the extension of a lockdown, said efforts must be made to a ‘staggered’ exit from the lockdown, and states should be allowed to decide which sectors should be opened up first.