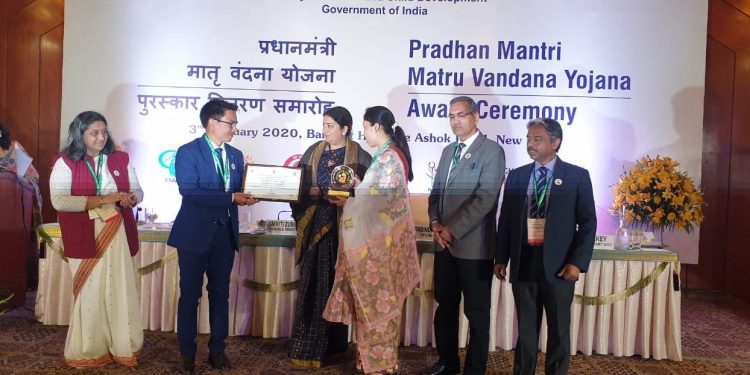 Manipur has been selected for the award in the category of states/union territories having population of less than one crore.

Dadra & Nagar Haveli and Sikkim bagged the first and second position respectively under this category.

Social welfare and cooperation minister Nemcha Kipgen lauded the Department for this feat and expressed that it was the concerted efforts of all concern officials, officers and line departments that such laurels are achieved for Manipur.

She also encouraged all to continue striving hard for the welfare of the State through various schemes and programmes implemented by the Government.

In Manipur, altogether 30,481 beneficiaries have been enrolled since the beginning of the PMMVY scheme.

The main objective of the PMMVY scheme is to provide incentives of Rs 5,000 to pregnant women and lactating mothers for first living child of the family in three installments for the loss of wages of working women and to ensure their proper rest and nutrition during pregnancy.

The payment of the incentive amount is deposited directly into the bank account.