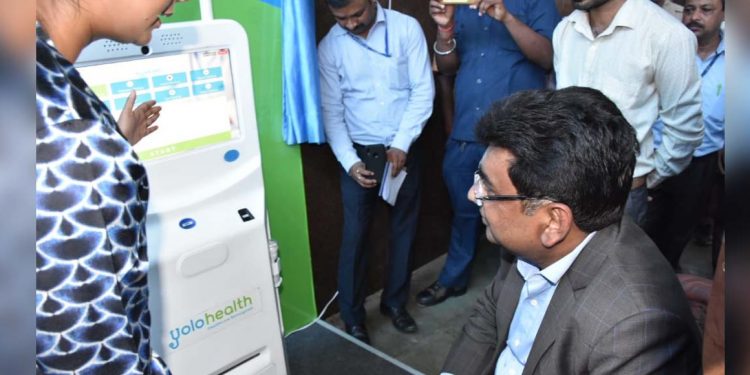 In order to get medical reports within minutes and at pocket-friendly prices, the Indian Railways has started installing health ATMs in the railway stations of the country.

The first health ATM was installed in Lucknow railway station and now the facility has also been made available in Nagpur, Bhopal and other railways stations, say media reports.

The reports said such health ATMs have been set up under the “New Innovative and Idea Scheme” of the Indian Railways for generating revenue under non-fare revenue.

A media report quoted a passenger at Nagpur railway station as saying that he walked up to the health ATM where a paramedic at the kiosk asked him to hold the grab handles of the ATM and stand on a platform that was attached to it.

The platform attached to the machine works as a weighing scale, said the report.

The passenger also informed that the ATM took a few seconds to give a printed slip which had an analysis of his Body Mass Index and his low hydration level.

The machine also checked his blood sugar and blood pressure levels which were normal, but the level of protein in his body was below the normal range.

The passenger was charged just Rs 60 for all these tests.

In the first week of October 2019, the first health ATM was installed at Lucknow railway station.

According to sources, a railway passenger can get up to 16 health checkups done at a charge of Rs 50-100.

The state head of the health ATM project in Uttar Pradesh said: “Under ‘Fit India Movement’, a programme has been launched in collaboration with Indian Railways.”

As per reports, the ATMs will be functioning from 7 am to 11 pm daily and the health ATMs will be manned by two paramedical staff members.