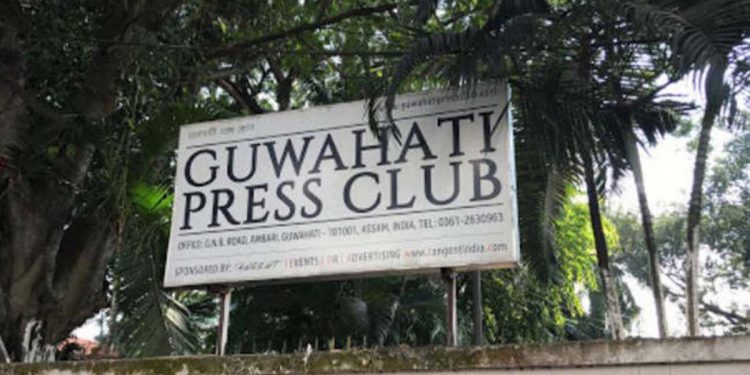 Due to the surge in COVID19 positive cases detected in Guwahati, the Guwahati Press Club (GPC) will remain closed until further notice.

In a statement issued on Saturday, Roy said: “Taking into account the increasing number of COVID 19 positive cases in the city, Guwahati Press Club shall remain closed until further notice. Till then, all entries will be prohibited.”

Earlier, Guwahati Press Club was sealed for 7 days and declared a Containment Zone by the Kamrup Metro district administration with effect from June 24.

The press club was declared a Containment Zone after the wife of an executive member of the club tested positive for COVID19.

On June 23, GPC general secretary in a facebook post said he opted for hotel quarantine as a precautionary step as the wife of the club’s sports secretary, who is a COVID warrior and a nurse, tested COVID19 positive.

In another facebook post, general secretary Roy informed that the sports secretary of the club and his five-month-old baby tested negative for COVID19.

He also informed that one of the assistant general secretaries of the club, the cultural secretary also tested negative for the virus.