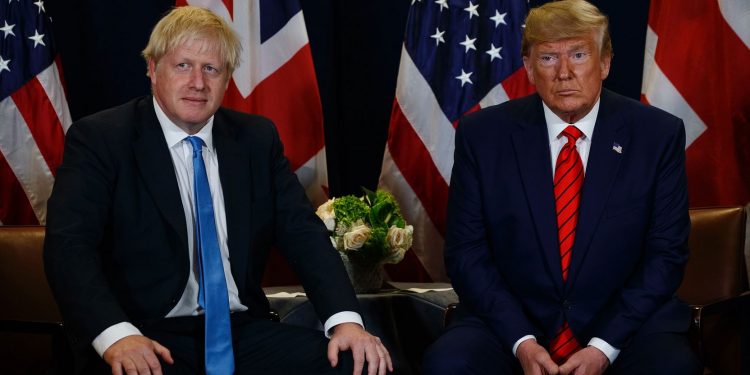 British Prime Minister Boris Johnson has been admitted to hospital for tests on Sunday after 10 days of him testing positive for coronavirus.

He was taken to a London hospital on Sunday evening with ‘persistent symptoms’ – including a temperature, according to reports.

Reports added he was hospitalized as a ‘precautionary step’ taken on the advice of his doctor.

Though the Prime Minister is still in charge of the government, but the foreign secretary is expected to chair a coronavirus meeting on Monday morning.

Meanwhile, the US President Donald Trump has extended his wishes to Johnson, who was admitted to a hospital for further coronavirus tests after testing positive last month.

Trump was quoted in reports as saying all the Americans prayed for Johnson’s good health.

“He is a friend of mine, he is a great gentleman and a great leader. He is as you know he was brought to the hospital today but I’m hopeful and day sure that he’s going to be fine. He’s strong man, strong person,” Trump was quoted as saying.