3,11,180 children under 5 years of age will be covered during the programme across the district 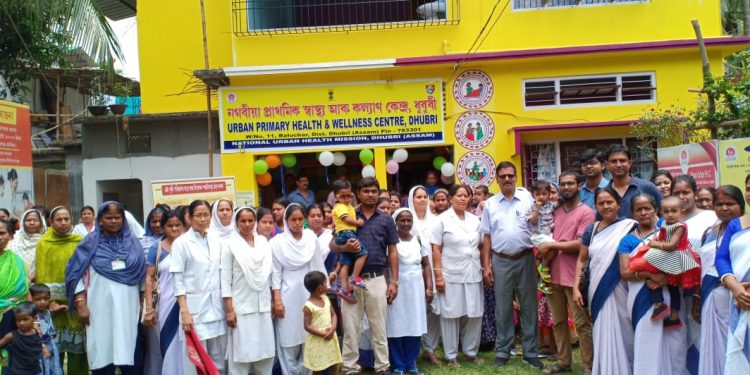 The Dhubri District Health department on Tuesday launched the Intensified Diarrhea Control Fortnight (IDCF) in order to intensify efforts to reduce child deaths due to diarrhea.

The department has made it as a priority to bring health outcomes among children to a level equitable with the rest of the world.

“Through this initiative, the authority will mobilise the health personnel to the door to door campaign throughout the district in order to control diarrhea, which is one of the most common childhood illnesses. It aims to create mass awareness about the most effective and low-cost diarrhea treatment — a combination of Oral Rehydration Salt (ORS) solution and Zinc tablets,” as informed by Rubul Das, district media expert, Dhubri.

During the fortnight, intensified community awareness campaigns on hygiene and promotion of ORS will be conducted at district, block and village levels.

A total 3,11,180 children under 5 years of age will be covered during the programme across the district as added by Das.

ASHA worker would undertake distribution of ORS packets to households with under-five children in her village.

ORS-Zinc Corners will be set up at health care facilities and non-health facilities such as schools and Anganwadi centres.

The health workers will also hold demonstration of ORS preparation along with counseling on feeding during diarrhea and hygiene and sanitation.

The activities are also being supported by other departments especially education, social welfare, and water and sanitation.

Dr. Tapas Mazumdar, nodal officer for Intensified Diarrhea Control Fortnight (IDCF), Dhubri said although the exact figures of death caused due to diarrhea across the district in past is not available with him, however, he said, in Dhubri Civil Hospital, not a single case of death due to diarrhea has been reported this year.