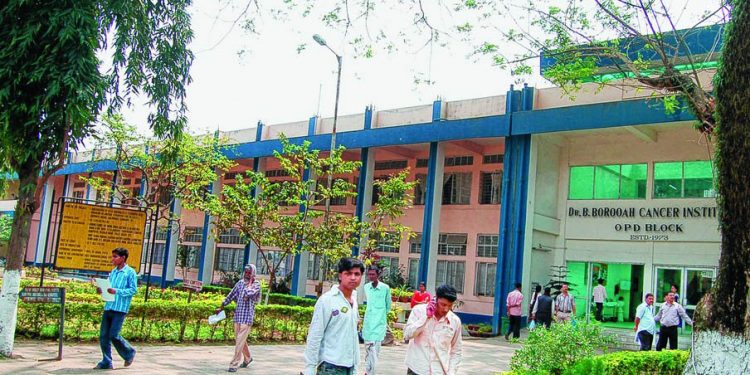 Bhubaneswar Barooah Cancer Institute (BBCI) has received an endowment from the Union Ministry of Health and Family Welfare for treatment of women and children suffering from cancer.

The endowment was first provided to Tata Memorial Centre, Mumbai and later the prestigious healthcare institution of the country transferred it to BBCI, reports The Telegraph.

The BBCI became a unit of the Tata Memorial Centre on November 27, 2017.

BBCI director Amal Chandra Kataki said that the endowment will be beneficial for poor patients whose cancer can be cured easily.

He also said that patients suffering from high stage cancer will also be supported as per the rules of the endowment.

The director added that exceptions might be considered on a case-to-case basis.

According to a BBCI source, there will be a consolidated cap of Rs 2 lakh for support of one patient at one time.

The BBCI director said that Assam Gas Company Limited has been funding  treatment for child cancer  patients at the institute as a part of its Corporate Social Responsibility (CSR) initiative Aparajeeya.

Kataki also said that poor patients have been able to afford expensive cancer treatment at the institute because of schemes like Atal Amrit Abhiyan and Pradhan Mantri Jan Arogya Yojana.