Number of active COVID19 cases in Arunachal Pradesh rises to 3

With the new case, the number of active COVID19 cases in the state rises to 3.

Earlier, the first COVID19 patient was discharged from the hospital after recovery.

The detection of the new positive case has been confirmed in a bulletin of the Arunachal Pradesh health department on COVID19.

According to reports, the patient is a resident of Upper Siang and 12 years old.

The patient is a returnee from outside the state and Northeast.

Media reports created confusion about the infected patient’s place return to the state.

While some reports said the patient recently returned from Delhi, some others claimed that the patient is a returnee from Dehradun.

The patient, who is ‘asymptomatic’, has reportedly been shifted to a Covid Care Centre.

Chief minister Pema Khandu had confirmed the detection of the case on his Twitter handle.

Arunachal’s second COVID19 case was detected on May 24 when an Arunachalee student, who returned to the state from Delhi on May 18, tested positive for the virus.

Health officials had informed the student, who was kept in institutional quarantine and his swab sample taken on May 22, tested positive for COVID19.

The first COVID19 patient, a 31-year-old man, was discharged from hospital in April after he was declared cured.

The man from Medo village attended the Tablighi Jamaat congregation in Delhi’s Nizamuddin Markaz in March after which he tested positive for COVID19 on April 1.

According to the bulletin, a total of 260 samples will be sent on Sunday for COVID19 tests in Delhi. 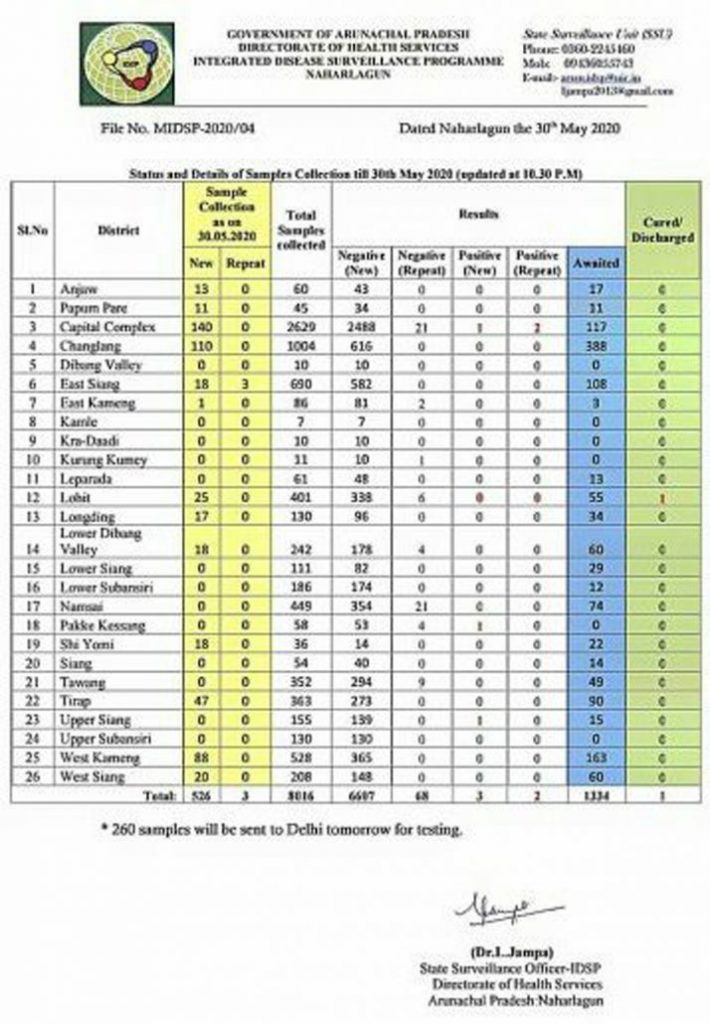