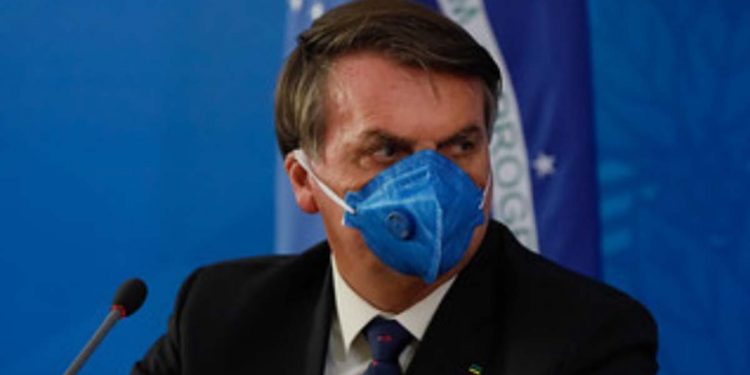 The President made the announcement live on television on Tuesday.

Bolsonaro, who during his campaign to reopen the economy called the virus “just a little flu,” has repeatedly disobeyed medical recommendations to avoid contamination, mingling in crowds without a face mask and giving people handshakes.

However, on Tuesday, a mask-wearing Bolsonaro told a hand-picked group of reporters outside his official residence: “It came back positive.”

“Life goes on. I thank God for my life and the role I’ve been given to decide the future of this great nation that is called Brazil,” a media report quoted the President as saying.

In a live interview with CNN Brasil, Bolsonaro said he is taking hydroxichloroquine, an anti-malaria medicine.

Although the President claimed the drug as being effective against the virus its use hasn’t been authorized by most health experts globally saying that it could carry dangerous side effects.

Brazil has become a global hotspot for COVID19 trailing only the US with more than 65,000 confirmed deaths and over 1.62 million total positive cases.

In the month of March, after multiple members of his delegation to a US visit tested positive for the virus, he said he tested negative.

But on June 25, the Brazilian President during a Facebook live broadcast said he thought he had already infected by the virus.