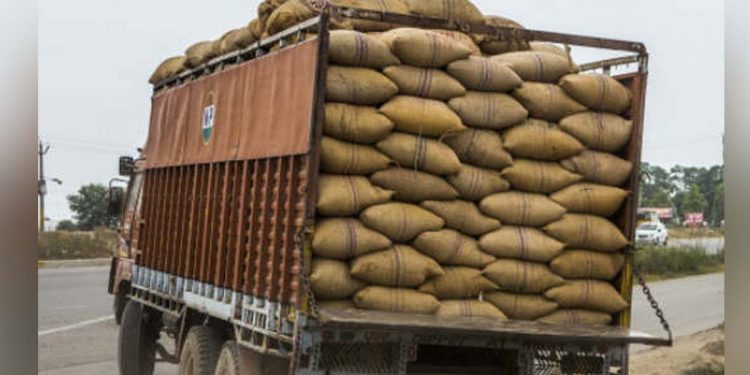 How much time the BIEO of Assam, which is investigating FCI’s 111 missing rice trucks case, would take to clampdown on the corporation’s serving officials, who were allegedly involved in the case?

With the arrest of former Food Corporation of India (FCI) general manager G.S.S. Raja Shekhar on February 3, 2021, the BIEO has arrested only few top former officials for their alleged involvement in the case.

But the investigating agency is yet to take action against some of the top serving officials, who were allegedly involved in the case.

Raja Shekhar, who was serving as the GM of FCI at Guwahati in 2013-14, was arrested by the sleuths of the Bureau of Investigation (Economic Offence) after he was produced before the court of the chief judicial magistrate (CJM), Kamrup Metro on February 3.

He is now languishing in jail after his bail plea was rejected by the Gauhati High Court.

In 2013-14, a total of 111 truckloads of rice worth Rs 5 crore (suit value) were stolen by FCI contractors allegedly in connivance with FCI officials.

The incident occurred during the tenures of Raja Shekhar, who served as FCI general manager in Assam for 5 months as well as Indian Railway Service (IRS) officer Bhaskar Hazarika, who served in the same post for 5 years.

But surprisingly, even after the area manager of FCI, Jorhat, reported the incident of missing trucks of M/S 4 A Enterprise, Bhaskar Hazarika allegedly allowed transport bill payment against the missing trucks.

Hazarika also allegedly allowed further movement of foodgrains by the same contractor from Jorhat to Tuensang FCI depot despite the order for recovery from the contractor by forfeiting its bank guarantee was pending.

It has also been alleged that during the intervening period, Bhaskar Hazarika allowed to continue one Bimal Hazarika as the depot manager at FCI Jorhat depot on the ground of staff shortage for nine months although he was under suspension.

Demand has been raised to bring Bhaskar Hazarika under the ambit of the investigation by the BIEO.

After his retirement last year, Bhaskar Hazarika has been engaged as the consultant/adviser in the Railway Electrification Organisation and he is currently looking after sensitive electrification works under the NF Railway in Assam.

Sources informed that three cases are pending with the Vigilance/CBI after complaints lodged against Hazarika.

Action has been taken against Raja Shekhar as the proposal for termination of the transport contractors on the route of Nagaon-Seppa (Arunachal Pradesh) was not accepted by him when he was the GM of FCI, Assam due to scarcity of stocks at FSD, Seppa.

Out of total loss incurred was Rs 2.36 crore, the recovery made from the officers and staff of FCI was Rs 88 lakh while Rs 97 lakh was recovered from the contractors.

The FCI won the money suit filed against contractors M/s 4A Enterprise and M/s RKK Enterprise at the district courts of Nagaon and Jorhat.