Activists say if permission is granted for organising Mahakumbh Mela in the forest land it will violate Wildlife (Protection) Act, 1972 and Forest (Conservation) Act, 1980 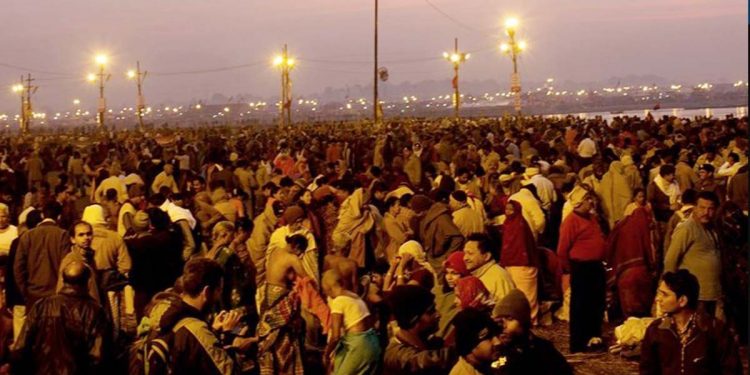 The Uttarakhand forest department has sought permission from the Union forest ministry to use 778 hectares of forest land in upcoming Mahakumbh Mela from September 1, 2020, to May 31, 2021.

This move of the Uttarakhand forest department to make use of the forest land under Rajaji National Park and other forest divisions to be used in non-forest activities has been opposed by activists.

The activists said if the permission is granted it will violate Wildlife (Protection) Act, 1972 and Forest (Conservation) Act, 1980.

The letter said: “The proposal is about temporary usage of about 778 hectares of land in Rajaji National Park and other forest divisions for upcoming Mahakumbh from September 1, 2020, to May 31, 2020, for mine months.”

“In this time period, administrative control of the area will be under state forest department only,” the letter, signed by the APCCF, DJK Sharma, said.

The letter further requests to grant permission as an exception starting that the Mahakumbh is an important festival of Hindu traditions.

Opposing the proposal, Ritwick Dutta, environment lawyer and founder of Legal Initiative for Forest and Environment (LIFE), said: “Not an inch of any National Park can be put to use for non-forest purposes. Section 35 of the Wildlife (Protection) Act clearly forbids any such activity in a protected area.”

Vimal Bhai, another activist based in Uttarakhand said the BJP government is only concerned about privatising the Kumbh Mela.

He said: “In the past, they have tweaked even the Ganga flow for Kumbh Mela, using a National Park won’t be a big deal for them.”

A report quoted DJK Sharma as saying: “This is the first-ever instance when any state government has sought such permission. These lands have been used traditionally for Kumbh Mela but this time we sought permission given the new guidelines issued last year.”