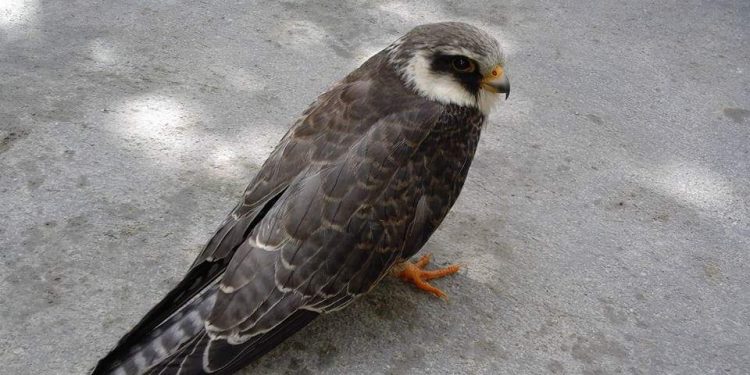 Amid the COVID-19 pandemic across various parts of the world, the radio tagged Amur falcons have started to arrive in India for further destination to their breeding grounds in northern China, a scientist of Wildlife Institute of India Dehradun said.

They took non-stop flights for five days covering thousands of kilometers to reach African countries as part of their routine annual migratory journey in November 2019.

The bird which departed from the Somalia coast on April 21 last, is said to be located at Melghat Tiger reserve in Madhya Pradesh on April 25 morning.

In November 2019, five Amur falcons were radio tagged with satellite transmitters by the Forest department in collaboration with WII scientists to study the flight route of these long-distance migratory birds and environmental patterns along the route.

Though all the falcons are sharing their datas during this radio tagging programme, Puching and Phalong failed to transmit any data few days after they’re tagged.

Meanwhile Barak and Irang are said to be still in Somalia till Saturday.

On April 24, Chiulon was reportedly in the middle of its Arabian crossing covering a distance of 3150 km and gliding in the jet stream, the scientist who is currently monitoring the route of the migratory birds.

On the other hand Longleng, a female Amur falcon named after Nagaland’s district had already arrived in India on Thursday and flying down non-stop towards the southern India for 94 hours covering nearly 3800 km, the scientist informed.

The bird started her five-day return passage from Somalia to India on April 20.

Longleng was radio-tagged in Nagaland in October 2016.

The Amur falcons which spend their summers at their breeding grounds in China, migrate to their wintering grounds in South Africa, from where they start their return journey in April-May, undertaking a yearly journey of about 20,000 km.

In between, they stop in India’s north-eastern states.