An UN supported initiative have succeeded in saving close to 27,000 hectares of forests in Meghalaya with the help of the local, tribal communities 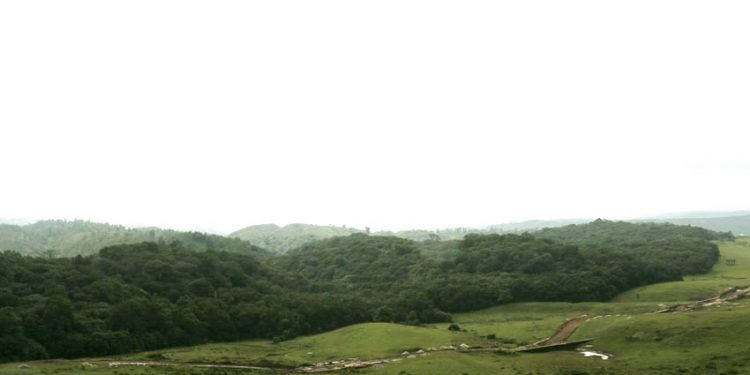 India’s first pilot project under the UN’s mechanism for reducing emissions from deforestation and degradation (REDD) in the East Khasi Hills in Meghalaya is doing wonders.

The tribals of Meghalaya describe forests as a “divine entity” of God, and have succeeded in saving close to 27,000 hectares of forests in Meghalaya, close to the capital city of Shillong.

A joint effort by a California-based non-profit and a matrilineal tribal community in Meghalaya have been working in Mawphlang to preserve a sacred grove.

Extremely rich in biodiversity, the “holy forest” covers about 75 hectares in the Umiam basin’s watershed area.

While population explosion is described to be the main cause behind rampant deforestation, poaching, and uprooting of trees, the Khasi tribal community, with active support of international workers, have stood as “true sentinels” for the forests.

Bah Tambor Lyngdoh, a well known conservationist has successfully attracted foreign funding to save thousands of hectares of forested area, empowering local tribes and teaching them how to protect the forests from the timber smugglers. Lyngdoh is the Project Director of the Khasi Hills Community REDD+ Project.

In 2004, Lyngdoh got in touch with international funding agencies to preserve the rich wild flora and fauna of Mawphlang and empower the local community.

It was the need of the hour to save Mawphlang because of the alarming depletion of the sacred groves and forests around the village. The project began in Mawphlang in the year 2007.

It was important for the tribal Khasis to protect the sacred groves at Mawphlang. They believed that right from the forest wood to the animals; everything belonged to and was protected by their deity.

The fear of facing the wrath of the deity, well planned conservation plan of the international agencies and support of local communities, helped to restore and protect the 27,000 hectares of the forests in Mawphlang.

Today, Mawphlang is a unique example of successful conservation across the globe.

Conservationists are optimistic that soon the success story will be replicated in other parts of Meghalaya and even abroad.