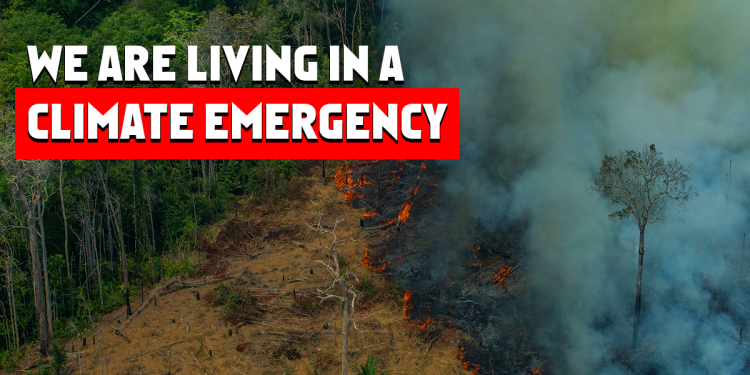 In the last decade, a range of tools in the domain of popular media has been successful in bringing to the forefront the unpredictability of the future we collectively face and understanding what climate change unfolds for each one of us.

This process was relatively new as both literary and entertainment worlds had limited their discussion on environmental change within fantasy and fiction.

This range of sources can be interpreted as crucial texts to trace the historic systems that have accelerated the process of climate change, our collective mistakes and ignorance of the natural world to clarify for all of us the crossroads we are at.

Amitav Ghosh’s book “The Great Derangement: Climate Change and the Unthinkable” remarkably analyses the systems of politics, culture and literature that has historically kept out of our consciences the issue of the environment.

It further examines shifting trends of the environmental change to try and predict the force of this derangement. It’s crucial because it places the role of Asia and its response to the degradation within a global context while giving due recognition to other popular literary representation and positive interventions.

In 2019 “World Scientists’ Warning of a Climate Emergency” was published in ‘BioScience’ with a signed statement from some 11,000 scientists from 153 countries.

They felt it was their moral obligation to accept the failure of negations of over 40 years to derive any real impact to reverse the catastrophic threat to humanity.

The article puts in clear terms what we have lost and sets out goals for individual sectors as a way forward with adaptability and sustainability.

“A life on our planet” is David Attenborough’s witness statement to the extraordinary world he explored, more than half of which has vanished within his lifetime.

The documentary explores the human assault on nature, which is far from unlimited’, leading us to ‘a speed of change that exceeds any in the last 10,000 years’.

It’s a plea to human awareness to demand urgent, sustainable changes to stop the mass extinction of the world as we know.

Popular media however has done tremendously in highlighting positive interventions in the direction of climate change. A 2013 documentary, titled ‘Forest Man’, by William D McMaster, revolves around Jadav Payeng, the climate activist, who has singlehandedly been able to plant hundreds of trees in Majuli to fight the damaging effects of climate change.

These are but some examples of how popular media has extended the discussion of environmental change as a realistic dimension connected with politics, economy and other relevant issues.

These texts, as popular statements are impacting the collective and individual responsibilities we ought to take with examples of intervention that will guide us in the way forward.

While they address the power equations that allow the degradation of the environment to continue, they don’t necessarily confront the issue of differential responsibility and the limited time frame which grants us a way out of this spiral.

This intersectionality of time and response is a reality of our current world and analysing it through popular media will help us empathise with changes underway to slow down this devastation.