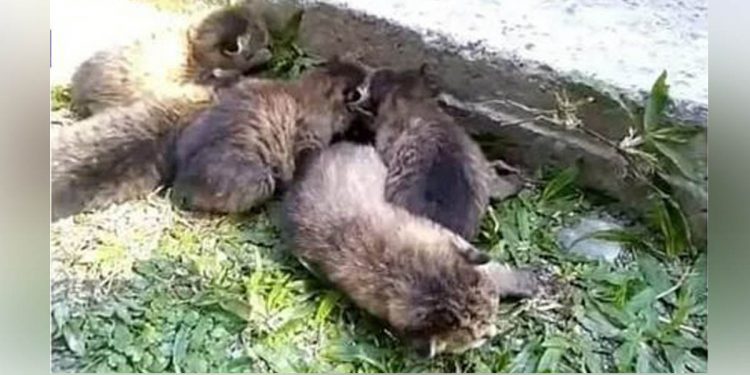 According to sources, a woman from the Borigaon village in Abhayapuri had first spotted the leopard cubs with their mother and informed the villagers.

The female adult leopard ran away leaving the cubs behind, a report stated.

A team of forest officials led by Jayanta Das reached the spot after receiving information about the cubs.

On examining the cubs, the team of officials found them to be about 15 days old.

However, the team decided to leave the animals in the same place where they had been spotted as they needed their mother.

The cubs were too young to fend for themselves, forest officials said.

The team also assured the villagers that the young leopard cubs would not harm them in any manner.

Instances of leopards venturing into human habitats have become a common sight in Assam.

These animals roam out of the forests in search of food and due to the loss of their natural habitats because of deforestation activities.