Pune is all set to host the fifth North East Film Festival 2020, ‘Fragrances From North-East’. 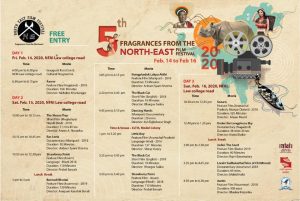 Showcasing cinematic talents from various regions of the Northeast, the festival will feature 16 films of the region.

The attendees will also have the opportunity to enjoy a cultural festival and relish delicacies from the north-eastern region.

The entry to the festival is free, stated the organizers.

However, seating is on first-come-first-serve basis.

The festival is being hosted by the National Film Archive of India.

Several filmmakers from the Northeast are expected to grace the festival.