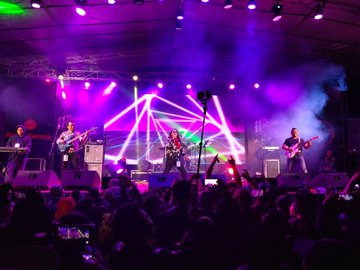 The North East Riders Meet concluded in Mizoram amid much enthusiasm on Thursday.

The event was held at Chalfilh Tourist Resort, Vanzau and organized by Aizawl Thunders.

The three day event began on Monday last where more than 2500 riders across the country participated.

It was also a major event to showcase the beauty of Mizoram as well.

The North East Riders Meet is an annual event initiated in 2009 and it has since become the biggest festival for Royal Enfield riders and enthusiasts in the Northeast.

It is organized by the Royal Enfield Riding community from the north-eastern states called North East Alliance of Riders (NEAR).

Every year one of the NEAR member club host this event in a place of their choice with its motto ‘When We Meet We Grow’.

The event is not restricted only to members of Royal Enfield Clubs from north-eastern states but is open to all solo Royal Enfield Riders and all Royal Enfield Motorcycle Clubs Pan India and abroad.

This year’s NERM was hosted by Aizawl Thunders at Vanzau Tourist Resort, Chalfilh, near Khanpui.