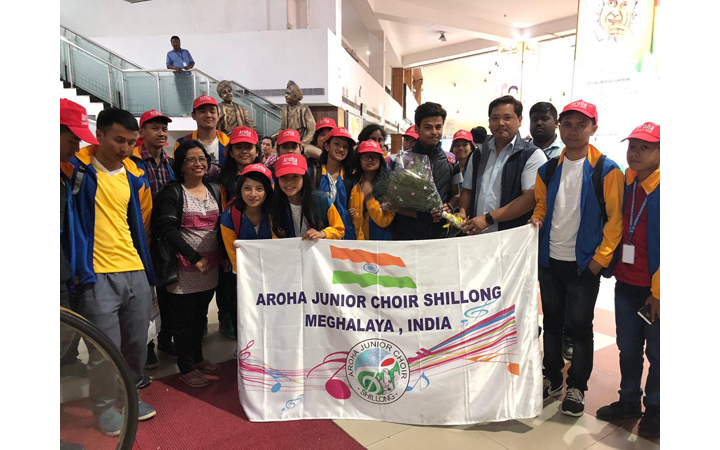 The Aroha Junior Choir won the top marks (91) in the International A Capella Group category at Friday’s event, scoring over rivals from Wales, the US, England and Canada. They performed Disney Fly Medley by Jamey Ray and One Day I’ll Fly Away’ by Randy Crawford, said a delighted Pauline Warjri, who founded the choir and conducted their performance at the festival.

Members of the Aroha Choir, based in Shillong under the guidance of Pauline Warjri, have performed for presidents and prime ministers and last year its junior members completed their London College of Music exams with distinction.

The Choral Competition is where the best choirs from around the world come to compete. Among the past luminaries to perform at the competition was Luciano Pavarotti, who attained stardom after making his debut in Wales.

The Arohans took part in the open, folk and acapella categories. Four of the young singers contested in the solo Western Classical section in the 12-16 years category and 16-19 years.

Warjri points out that the biggest hurdle for the choir is managing time as schools reopen. She is, however, confident her kids “will manage their time profitably” and dispel away the myth that once children are in Class 9 or 10 they must concentrate only on their studies.

A prestigious setting is sure to open up avenues for the youngsters and two of Aroha’s members are currently studying in the UK and US on full scholarships.