Why SEBA could not impress upon government for holding HSLC examination

SEBA does not have the autonomy and authority to act independently 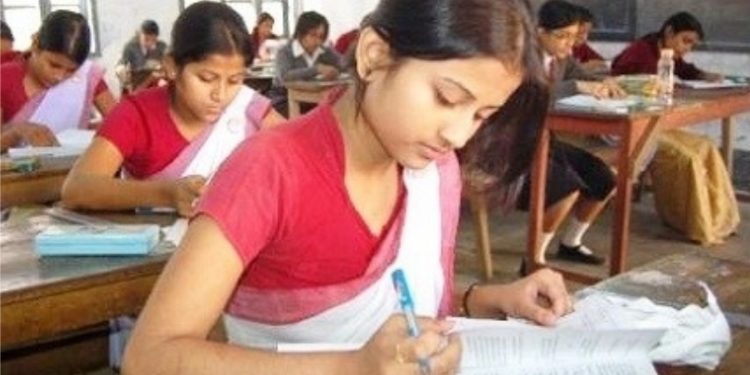 After a lot of discussions, deliberations and speculations, the government decided not to hold the High School Leaving Certificate Examination in Assam. What is the meaning of the HSLC Examination? Apparently, it does not have much meaning. It does not help you get a good job.  It only helps you get admission into a good academic institution for your higher secondary classes.  But this is the most valued and celebrated examination of all the academic examinations. Why should it not be?

First and foremost, it is a great marker of an academic career. There was a time when to be a matriculate was a great qualification. A matriculate in a village was someone who was much respected and who was able to handle the Assamese language and the English language with equal facility. People used to throng their houses seeking their help in drafting all kinds of applications. All this is gone now. Forget about the matriculates, most of the graduates and even post-graduates cannot write a page correctly in English and Assamese these days.

That is the state of affairs of education today. But, at the moment, that is not the issue. The issue is the school-leaving examination itself. School education is the basic foundation of education. Ideally, it should give a good grounding to a student in the general disciplines of arts and sciences. Further, it should train a student in learning the languages. The learning of languages is vital because that it is the pathway to any branch of knowledge. How a student is qualified in all this is judged by her performance in the school-leaving examination.

The school-leaving examination is conducted by the Board of Secondary Education Assam (SEBA). Now, what are SEBA’s thoughts on it? Have they made it public yet? Or they also think like the government? We don’t know. Once I was a member of SEBA for two terms. SEBA is supposed to function as an independent and autonomous institution. Unfortunately, the SEBA hardly takes any decision independently. Except attending to the routine things, it mostly acts as an implementing agency. From time to time Government sends some circulars to SEBA and wants SEBA to act on them. SEBA does not have the autonomy and authority to act independently. So the holding or scrapping of the examination was not the prerogative of the SEBA. Everything was decided by the government.

Compared to the elections, the HSLC is an event of lesser scale. It is not that the government is not capable of holding this examination. If it wishes it can hold the examination easily. The thing is it does not have the intention to do so. And why involve ASSU and other students’ bodies here? If you want to know the opinion of the examinees, directly ask some of them and their parents. And now they have formed some committees for deciding the modalities of passing the students without holding the examination.

Let me tell it loud and clear that you cannot have any scientific and objective modality of passing and failing the students in the absence of a Continuous and Comprehensive Evaluation system. It is not possible. Had the CCE been in practice in the schools, evaluating the performance of the students without holding the examination could have been done for a song.

But, you cannot do it now with any modality as you don’t have that system running in the schools. If the present crisis teaches you a lesson and you go all out for implementing the CCE in the schools that would indeed be a good thing only for the future. But as of now, everything seems to be a bundle of confusion. In the present crisis, our old friend, the education minister Ranoj Pegu, had a chance to prove his mettle by holding the examination. But, unfortunately, he gave it a miss. Given the availability of space and manpower, we should have gone for holding the HSLC examination. It should not have been a big issue to go for it with proper planning and preparation. That we could not do it is a sad commentary on SEBA and the department of education.