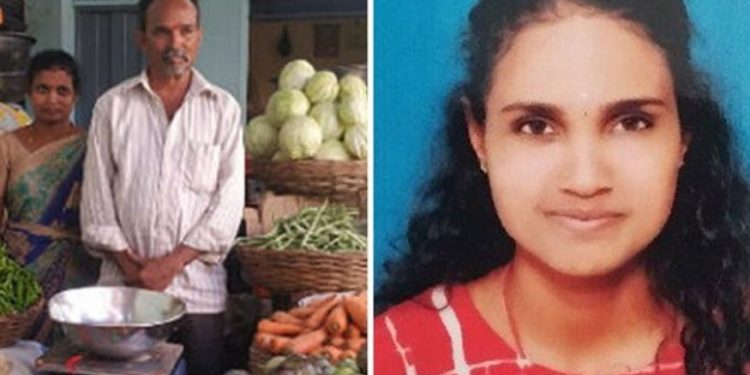 A daughter of a vegetable vendor has overcome all odds to score the highest marks in the Aeronautical Engineering course at the Vishvesvaraiah Technological University (VTU) in Karnataka.

Twentytwo-year-old R Lalitha is a first generation graduate, according to reports.

Her family has been selling vegetables at the Nehru Market in Hiriyur town near Chitradurga for several years now.

After weeks of tireless hard work, Lalitha has managed to score a brilliant 9.7 percentile in the examination.

The report also stated quoting sources that Lalitha would wake up in the wee hours of the morning everyday and assist her parents as they sold vegetables in the market.

She would study in between sales before heading off to college, East West College of Engineering in Bengaluru.

Despite such hardships, it was pursuit of knowledge which kept her going.

The results, which came out on February 1, took her and her family by surprise.

She also scored a remarkable 707 in her GATE examination.

Lalitha will also be receiving a gold medal from her university vice-chancellor for her feat.

She has stated that she doesn’t want to go abroad and wants to work in her own country.

She also said that ISRO chief K Sivan had been a major influence on her and that that is where she wants to work.