Book Review| ‘Mariahola’: An ode to the rural life 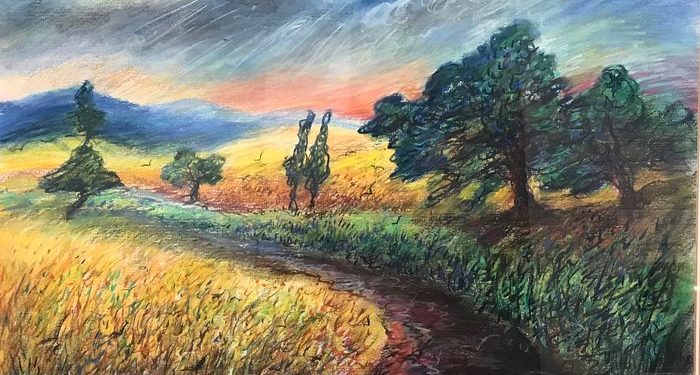 In the realm of contemporary Assamese literature Jayanta Madhab Bora is a familiar name as he has carved a niche for himself in the domain of novels and short stories. He has created an aura around himself by winning the Sahitya Akademi award for his novel Mariahola where he depicted the rural life with acute details.

The novel under review is titled Jalaprapat which has been published by Jyoti Prakashan and which was previously serialized in the pages of famous Assamese magazine Prantik. In this novel Bora has created a fictional place named Panghat which might remind one of the famous Indian English novelist RK Narayan and his creation of the fictional town Malguri.

Bora has created a nice ambience of the locality and the geographical territory is interlinked with history of its people. Bora deals with both pre-independence and post –independence history of the area in his novel and the local history of the people living in Panghat comes alive because of deft narrative strokes of Bora. 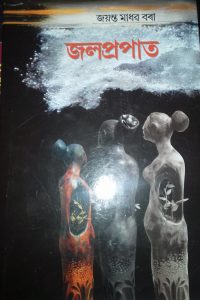 This is a novel which can be interpreted from the perspective of sub-altern narrative as the characters created by Bora live in a small area where everybody knows everyone else as they live in the margins of history. Bora contests grand historical narrative and he shows incredulity towards meta-narrative.

The novel spans across the history of three generations through the depiction of a family which in turn is associated with the history of the locality. The novel wonderfully evokes the life of Manik Mahajan as he initially provides the impetus to the plot of the novel.

Manik marries twice and it is through the depiction of the trials and tribulations of his second wife the novel gradually picks its momentum. As long as Manik is alive nobody dares to visit his house as he tyrannically controls everyone and everything including his second wife. But the big household of the Mahajan comes to naught when he gradually succumbs to illness and dies and with his death it can be said that one chapter of the locality comes to its ending.

As the prosperity of the family of Manik declines with his death the author also portrays the decay of the locality. Bora demystifies the illusion that village life is simple and the inhabitants of village are innocent as we come across their petty ideas, their narrow outlook and their selfishness.

We see a complex life embedded within the gamut of rural life of Assam and we also see how criminal can be the attitude of certain village characters. Bora has shown the lives of the British people living in the area through the character of Etenjen Sahib.

The area initially is peopled with people belonging to different communities as they live lives on the margins. The reference to Ferryghat and the local railway station signify a special dimension as plenty of people live on the profit incurred from makeshift shops established in the vicinity. But time changes everything and Panghat goes around rapid metamorphosis.

The gradual erosion of moral and social values signify a major change and the characters of the novel struggle to survive and Bora wonderfully deals with the lives of the female characters.

There is also an attempt to capture the major upheavals of Assam but there is also an effort to show the major socio-political and historical changes wrought around by time. The novel is basically an ode to the rural life of a particular area but Bora also sings its elegy as Panghat gradually becomes a town and we see the disappearance of community life.

The novel follows a conventional narrative and Bora has exhibited his tremendous command over the resources of Assamese language which become evident through his frequent use of fokora jojona (proverb).

Bora writes like a poet and his deeper philosophical attitude makes the novel a significant creation in the context of contemporary Assamese fiction.