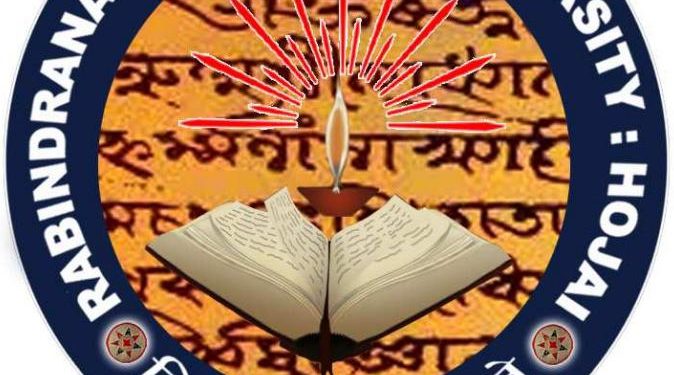 Rabindranath Tagore University in Assam’s Hojai conducted its semester examinations in undergraduate classes of arts, science and commerce streams for the first time this session.

The results were declared on February 10 in record time of 31 days, thus setting a benchmark.

A total of 819 students appeared in first semester out of which 441 were in Arts, 199 were in commerce and 179 were in Science stream.

In BA first semester, the overall pass percentage is 22 per cent and in BA Honours it is 39 per cent.

As per a communique issued by Dr R K Rath, controller of examination (i/c), Prof Amalendu Chakraborty has expressed great satisfaction at the successful conduct of the examinations independently by the University for the very first time and declaring results at a short span of time.

The communique also stated that the students those who couldn’t clear the examinations will be given chance to appear in the first semester examination to be held in December 2020.