Navratri Nights, a first-of-its kind online concert series, all set to ring in the festive spirit with LIVE performances from some of the biggest music artists including Mika Singh, Kinjal Dave, Sachin-Jigar and many more.

The specially-curated  Navratri Nights will be LIVE streamed daily from October 17-25 on Wynk Music, between 7-8 pm every day.

Navratri Nights has been created on Wynk Stage, which uses advanced digital technologies to deliver seamless LIVE online events that can be attended by millions of users at the same time. Users will be able to post messages, song requests and interact with the artists in real time, said a press release.

“Wynk Stage is also a boon for artists as they can overcome physical barriers to reach out to a much larger fan base,” it added.

Navratri Nights on Wynk Music will be available to everyone, including non-Airtel customers.

One will have to simply download Wynk Music (iOS, Android) to get started.

In addition to tablets and smartphones, Navratri Nights can also be accessed on web (for PC) at www.wynkmusic.in. 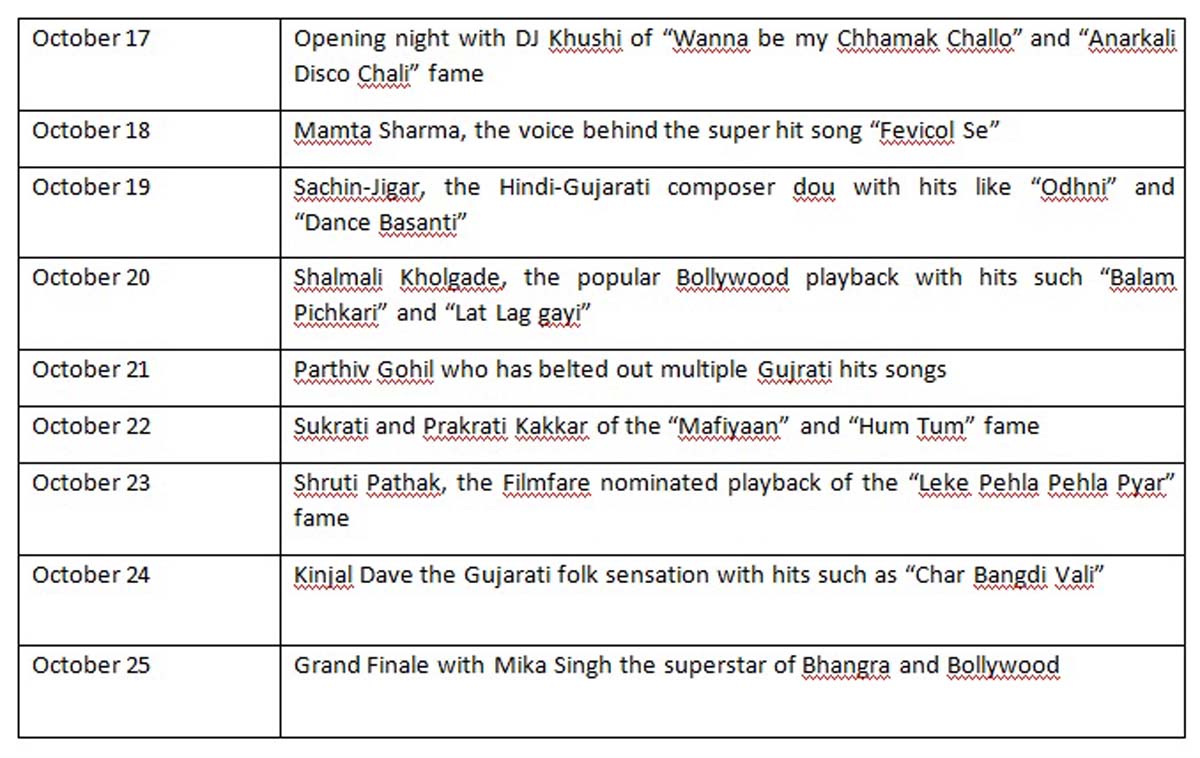 Adarsh Nair, chief product officer of Bharti Airtel & CEO, Wynk, said “This is another innovation from Wynk Music to ensure that our users don’t miss out on the festive spirit and enjoy concerts in a contact less format from the safety of their homes.”

“We have made Navratri Nights accessible to all users, including non-Airtel customers, and invite the whole of India to join us in celebrating the festival,” Nair added.