A cement factory in Bhutan

The imposition of Goods and Services Tax (GST) in India has hit some of the largest export-oriented manufacturing industries in Bhutan, reported the Bhutanese daily Kuensel.

Since all imported goods coming into the country from India are zero taxed, the country experienced a consumer price drop in commodities like fuel, vehicles and construction materials.

This is in line with the whole concept of Indian GST – boost its export and limit imports. Consequently, 17 different state and central level taxes are subsumed by the GST in India.

In other words, exports going out of India are zero taxed while its imports are levied GST. This makes inter-state trade within India as competitive as international trade.

Bhutan shares a sizeable border with Assam and trading between Assam and the neighbouring country has been going on since ages. The present predicament has dampened the trading to a considerable extent. With the GST affecting industries in Bhutan, the traders on this side of the border are getting lesser quantity of Bhutanese goods which were earlier flooding the markets at many places like Rangiya, Udalguri, Mazbat among others.

The GST regime is so robust that even the comparative advantage of electricity nullifies the benefits if the local industries are not reliant on raw materials imported from India.

According to Asian Development Bank’s recent study, India’s GST may have an adverse impact on the Bhutanese economy through trade and revenue channels.

Since cement carries 28 per cent of GST, Bhutan’s cement manufacturers are hit the hardest.

As the main raw materials for cement are limestone, coal and electricity, in India limestone is taxed five percent, coal is capped at five percent, which is a reduction from the earlier rate of 11.69 per cent, electricity is outside the purview of GST. This means that the production cost of cement industries in India will decrease and make their prices more competitive and more so because of the declining transportation and operation costs derived from the GST. 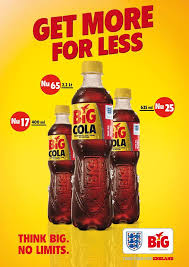 Ice Beverages, which produces carbonated drinks under the brand name ‘BIG,’ has suffered a regression in its production.

Until the application of GST, the company produced 153,295 cases of carbonated drinks a month on average. Since July till September, the production dropped to 62,296 cases a month, which is a decline of 146 per cent.

Likewise, its monthly sales dropped by 203 per cent and export by 254 per cent. The company had no option but to raise its maximum retail price.

As for the customs clearance at the land customs station at Jaigaon, an official from ABI said that things have improved compared with July this year.

Shifting of the office to Kolkata would mean more harassment, the report stated.