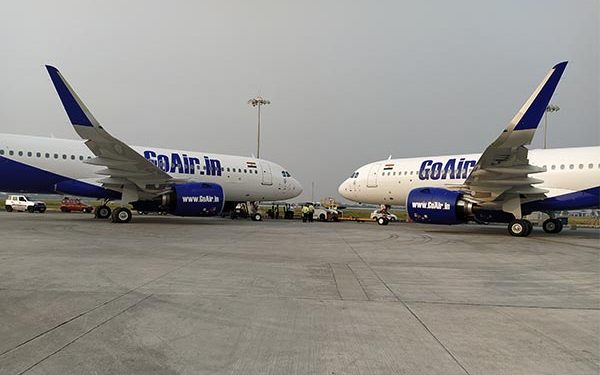 With the aim to achieve 100 million passenger mark in the next two years, GoAir has added two new aircraft to its ever growing fleet.

GoAir will soon introduce daily flights in the Aizawl-Guwahati sector.

After the withdrawal of flights to Guwahati and Delhi by the Jet Airways from Aizawl in February this year, Mizoram had direct air link with only with Kolkata.

Only Air India has been running a flight from Aizawl to Kolkata.

GoAir officials are optimistic that the Aizawl – Guwahati sector is going to be cost-effective and popular.

GoAir’s new flight will depart at 6.50 am from Guwahati, and arrive at Lengpui airport at 7.50 am.

The departure time from Aizawl is at 8:40 am, and will arrival at Guwahati airport is at 9:50 am.

GoAir has doubled its fleet in less than two years, earning itself the coveted title of India’s fastest growing airline that operates 325+ daily flights connecting 24 domestic and 7 international destinations.

Jeh Wadia, Managing Director of GoAir, said the induction of twin aircraft in the GoAir fleet is in sync with the strategy of aggressive growth and expansion of its network.

“Our plan is to add at least one aircraft on an average every month,” Wadia said.