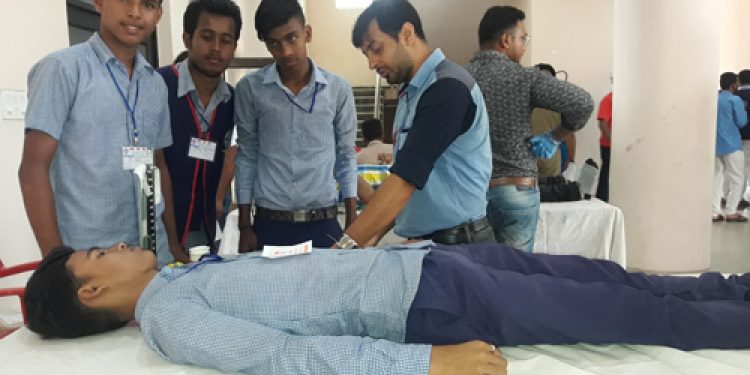 On the auspicious occasion of the National Voluntary Blood Donation Day, the school children’s to the BSF jawan all came forward to donate blood at Dharmanagar in Tripura on Monday.

As a part of the program, a rally was also organized where children’s  walked with placards and later trophies were also distributed based on the maintenance of discipline. A total of 35 people donated blood.

However, the donors were motivated by giving a prize for the voluntary performance.

October 1 is celebrated as National Voluntary Blood Donation Day to share the significance of the blood in the life of a person. On 1st of October 1975 it was first celebrated through the Indian Society of Blood Transfusion and Immunohaematology.