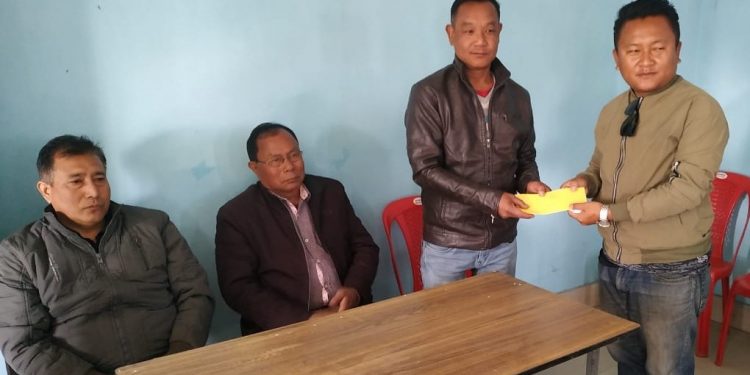 KTT Fellowship being presented to one of the two selected Imphal-based journalists. Image: Northeast Now

Heigrujam Sadananda  works for  Poknapham vernacular and ST Lelen Vaiphei for Imphal Free Press. The awards were presented at a gathering  at Manipur Press Club.

The two Journalists will explore the issues and concerns of the game of cricket besides its prospects and other positive areas in Manipur which is known across the country for producing world champions in different sports disciplines, in the next three months under the fellowship programme.

The ‘Khelen Thokchom Trust Media Fellowship Programme, 2018’ was instituted commemorating the birth anniversary of the late journalist, Khelen Thokchom who passed away on April 1, 2018.

The fellowship programme of the KTT was initiated in loving memory of the departed journalist to promote excellence in journalism in the state of Manipur, with the financial support of MCA. The fellowship  will extend necessary help and cooperation in the reporting assignments of the two journalists who can demonstrate the potential for insightful reporting on issues that are of concern for the State.