Third Covid-19 wave may arrive in India by October: Report 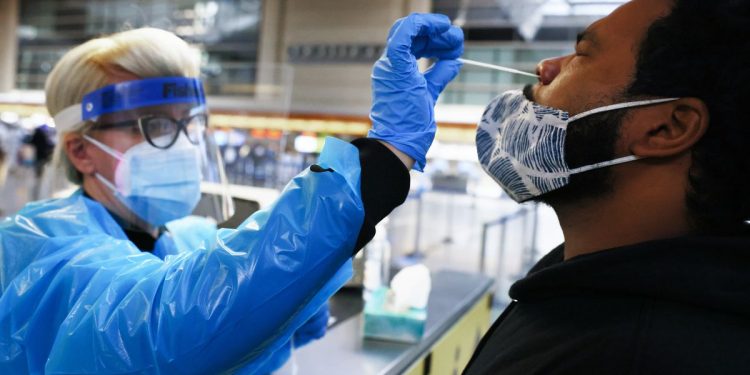 A group of medical experts has projected the third wave of the Covid-19 pandemic would arrive in India by October.

However, they said that the third wave would be handled well than the second wave.

The experts further added that the Covid-19 pandemic would remain a public health concern for at least one more year.

News agency Reuters conducted a survey during June 3-17 over the arrival of the third wave in the country.

40 healthcare specialists, doctors, scientists, virologists, epidemiologists and professors from around the world were questioned by Reuters for this snap survey.

Among those who predicted there would be the third wave, more than 85%, or 21 out of 24 respondents said it would hit by October, including three who projected it to arrive by August and 12 who gave a September timeline.

The others predicted the arrival of the third wave between November and February next year.

However, 24 out of 34 or more than 70% of experts were of the opinion that any possible third wave would be controlled better than the second one.

The second Covid-19 wave was at its peak in India in April-May and, during this period, the country registered record daily cases and deaths due to the viral disease.

A shortage of vaccines, oxygen, medicines and hospital beds was also reported during the second wave.

Since then, however, the daily cases and deaths have seen a steady decline, partly due to restrictive measures imposed by state governments.