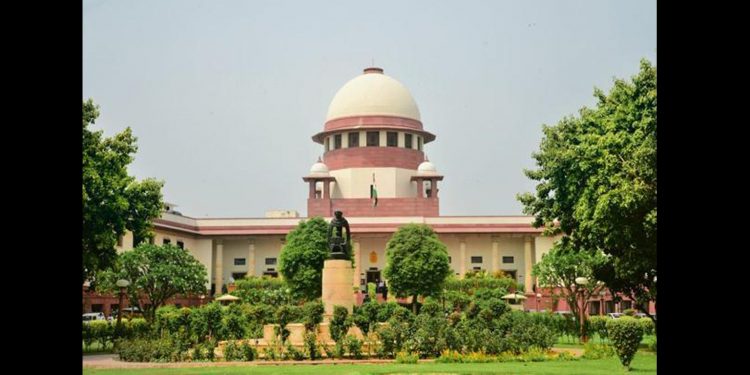 The Supreme Court on Friday refused to stay any ground work pertaining to the Central Vista project.

Petitioner Rajeev Suri had moved the top court challenging the project on the ground that there is an illegal change in land use and sought directions from the court to stay the project.

Petitioner’s counsel argued that the environmental clearance committee passed some order, and this matter was considered later, but till then, Solicitor General Tushar Mehta, representing Centre, must assure that no further action will be taken.

A bench comprising Justices A. M. Khanwilkar, Dinesh Maheshwari and Sanjiv Khanna observed, “If the Centre goes ahead when we are seized of this matter, then it will be at their own risk and cost.”

The bench queried the petitioner’s counsel: “When we ask you to argue, then you talk about amending your petition.”

Mehta contended that the amended petition be filed and the Centre will file a reply. Petitioner’s counsel sought that no work on the ground be allowed, which includes the paperwork.

Mehta opposed the argument for stay on the project.

“Lordship can say whatever happens will be subject to the orders of the court”, argued Mehta.

The bench allowed the petitioner to amend the plea, and scheduled the next date of hearing on July 7.
On April 30, the apex court had declined to stay the Central Vista project, estimated to cost Rs 20,000 crore, which seeks to build a new Parliament building and other central government office in the Lutyens’ zone in central Delhi.