Sonowal feels the heat, blacks flags waved at him again 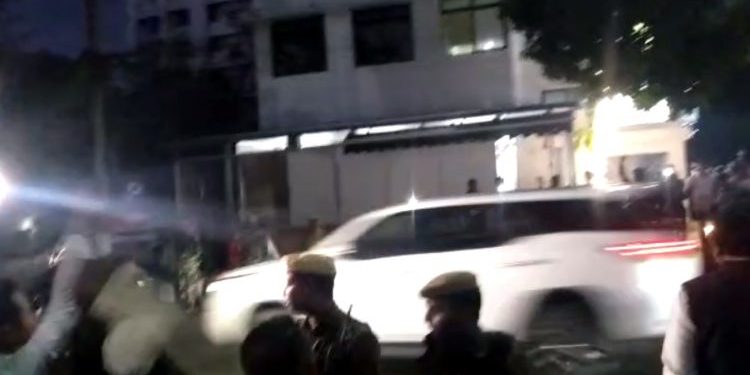 Chief minister Sonowal on Sunday again faced back to back black flag protests in the state for his ‘silence’ on the Centre’s move to pass Citizenship (Amendment) Bill (CAB) in the parliament.

While black flags were waved at Sonowal at Kaliabor in Nagaon district by Asom Jatiyatabadi Yuba Chatra Parishad (AJYCP) activists, the members of AASU showed black flags to the chief minister at Uzan Bazar in Guwahati.

Sonowal was showed black flags on NH-37 by AJYCP activists when he was on his way to Mousanda Pathar in Kaliabor to attend Dhriti Bandana Mahotsav of Shri Shri Thakur Anukulchandra.

Hours later, AASU activists showed black flags in front of Swahid Bhawan, the city office of the students’ body, when his convoy was passing through Uzan Bazar area of the city.

Sonowal was on his way back to his official residence at Brahmaputra guest house at city’s Kharghuli area.

The agitators shouted slogans against him and the BJP government, demanding the withdrawal of the controversial bill.

He was greeted with black flags by anti-CAB activists, the moment he was entering Assam House in the national capital.

Earlier in February this year Sonowal faced similar protests at different places in Assam, when the Centre had tried to pass the Citizenship (Amendment) Bill in the parliament.

The students of Cotton University and Dibrugarh University have already banned his entry into the campuses of the two universities.

On Monday, Sonowal had to ‘flee’ from Dibrugarh as AASU activists staged protest in front of his residence in the upper Assam town.