The Congress has accused the Narendra Modi-led BJP Government at the Centre of “hiding COVID data”.

Top Congress leader Priyanka Gandhi has questioned that whether “is it more important to save the Prime Minister’s image than it is to save Indian lives?”

Priyanka Gandhi made this question while taking forward her online campaign against the Central Government – “Zimmedar Kaun”.

“Why is there such a massive difference between official death records, death certificates issued and crematorium/graveyard records across India…?” questioned Priyanka Gandhi.

She further asked: “…why is the Modi Government doing nothing to rationalise these differences and put the true figures before the people of India?”

Citing reports that claimed 2000 bodies were recovered along a stretch of over 1000 kilometre of banks of River Ganga, Priyanka Gandhi said the stretch spanned 27 districts of Uttar Pradesh.

She said that none of these 2000 deaths find a place in government records.

“Instead, when drone footage revealed hundreds of shallow graves along the Ganga in cities like Prayagraj, the UP government immediately set up a ‘Safaai Abhiyan’ aimed at obliterating any sign of the graves,” said Priyanka Gandhi, who is the Congress’ general secretary in-charge of Uttar Pradesh. 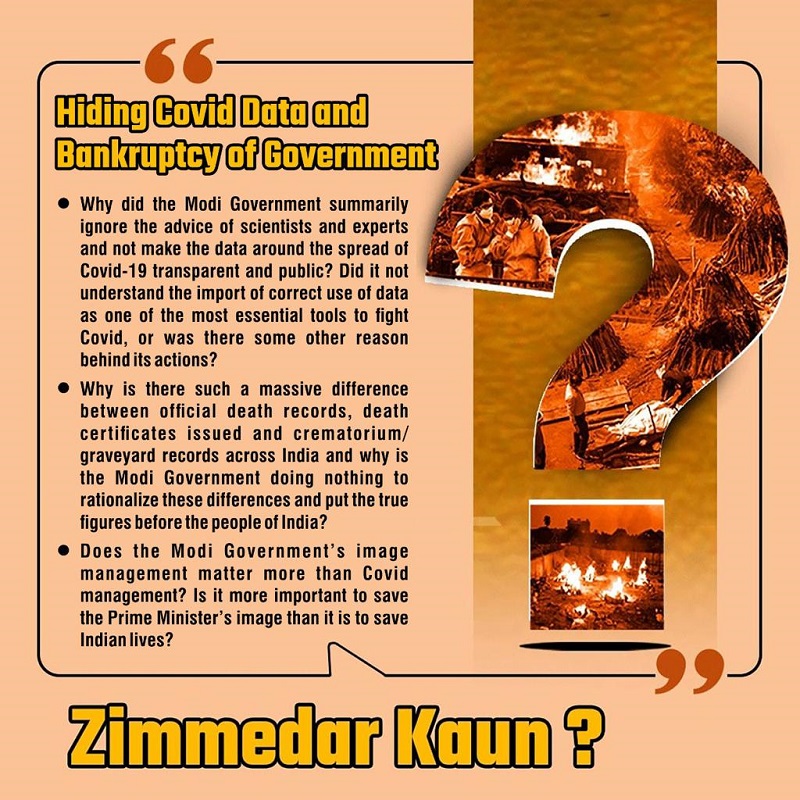