Protesters in US pull down statue of Christopher Columbus 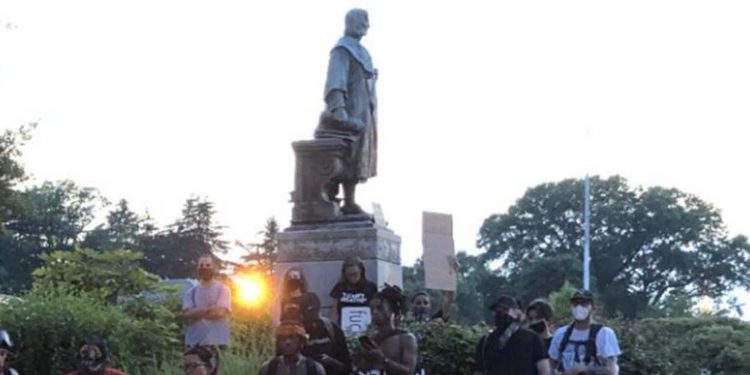 Protestors in Richmond tore down a statue of Christopher Columbus and letter threw it into a lake after setting it ablaze.

The statue was dismantled soon after protesters gathered in Byrd Park were chanting for the statue to be taken down.

The statue of Columbus was removed from its pedestal at around 8:30 pm on Tuesday using several ropes and then it was set on fire and thrown into a lake in the park.

Previously, protestors also dismantled the statues of Mahatma Gandhi and Winston Churchill in different parts of the US.