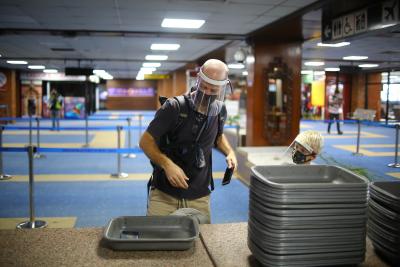 Nepal is going to resume regular visa services for foreigners residing in the country from Friday.

The country had suspended the visa services for over a month due to the Covid-19 pandemic, the department of Immigration said.

The department said that it had decided to restart all the visa services suspended since May 20 by strictly following the health and security protocols of the government, reports Xinhua news agency.

“With the resumption of the regular visa services, an estimated 1,000 to 1,100 foreign passport holders residing in Nepal, who failed to renew or regulate their visas due to the lockdown, will benefit from it,” Narayan Prasad Bhattarai, the department’s director-general, told Xinhua.

The move comes after Nepal has given nod for resumption of international and domestic flights from July 1 with fewer coronavirus infections reported and the restrictive measures eased over the past two weeks.

Many foreign passport holders in Nepal could not have their visas regulated as they could not reach the immigration offices amid a lockdown enforced since late April to contain a second wave of the epidemic.

According to the notice, foreigners with valid visas of Nepal until April 28 and who are departing from Nepal by July 8 will have their visas regulated without any charge at the time of departure from the Tribhuvan International Airport in Kathmandu.

Foreigners with valid Nepali visas until April 28 and who shall be applying for visa renewal by July 8 for a continuing stay in Nepal will have their visas regulated without late fees and penalties.