Musings of the summer: Celebrating Football 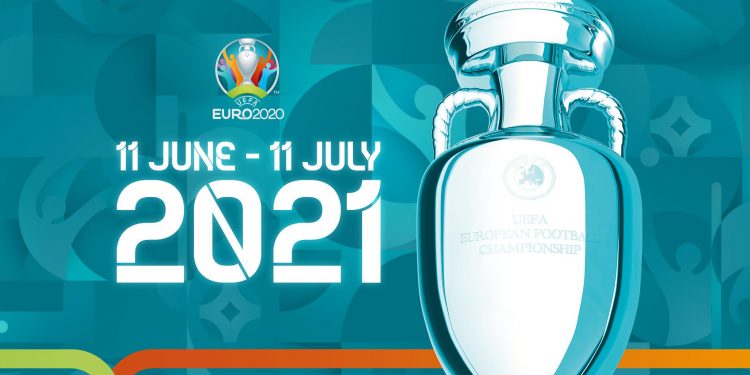 This is the perfect time for football fans as the two big international competitions–the UEFA Euro 2021 in Europe and the Copa America 2021 in South America–have started!

The first final of the European Championship (then known as the European Nations’ Cup) took place in 1960 after two years of preliminary contests between 17 national football clubs. In 1960 the Euro final tournament consisted of four teams, but it expanded to eight teams in 1980 and 16 teams in 1996.

Currently, qualification for a European Championship begins two years before the scheduled final when all members of UEFA begin playing among themselves to earn a berth in the 16-team tournament. Since 1960, the tournament has been held every 4 years. This is an exciting tournament as there is competition among the countries like Portugal, France, Belgium, and Italy etc. that celebrate football almost like national festivals.

These countries have been endowed with great players like Cristiano Ronaldo (Portugal), Kylian Mbappe (France), Kevin De Bruyne (Belgium), Ciro Immobile (Italy) and many more. Portugal won the tournament in 2016, and Cristiano Ronaldo led the team who was great throughout the tournament. In the final Portugal won one-nil vs France, where Eder Lopes scored the winning goal in the 110th minute of the match!

That is why one cannot predict the results of a football match until the match is over. And the Euros make it more special. This year France is the favourites to win the tournament with  89% probability, but let’s see what happens at the end.

Copa América, (America Cup) formerly known as South American Championship of Nations, is a quadrennial South American football tournament that is the continent’s premier competition in that sport. It is the world’s oldest international football tournament. The event was first held in 1916 in honour of the 100th anniversary of Argentina’s independence—with Uruguay winning the inaugural title. It took place every one to four years before it adopted its current quadrennial format in 2007.

The Copa América is governed by the Confederación Sudamericana de Fútbol (commonly known as CONMEBOL), and the tournament’s field consists of the 10 national teams that are members of CONMEBOL– Argentina, Bolivia, Brazil, Chile, Colombia, Ecuador, Paraguay, Peru, Uruguay and Venezuela—plus two additional national teams that are invited to participate at the event.  This is one of the most exciting tournaments in the world that contributed towards the making of two legends of football– Pele and Diego Maradona. It continues to sustain the enthusiasm of the football lovers with the new jewels in the sports like Lionel Messi, Neymar Jr, Luis Suarez, Alexis Sanchez and many others displaying their talents both in this continental tournament as well as at the world cups.

In 2019, Brazil won the tournament with a 3-1 score against Peru. Brazil had, and still has a great football team who can win big tournaments like this. In recent years, Argentina has reached the final of this tournament a number of times but was unable to win. Hope they win in the near future.

Many games are still left, but till now one of the best matches in the UEFA Euro was the clash between defending champions Portugal versus Germany. The match was played on June 19, 2021, in the Allianz Arena Stadium, Munich.

Germany won the match 4-2, where they were very strong throughout the match and created deadly attacks. Portugal was actually leading by a goal but later Germany’s counter-attacking was so good, they broke the deadlock in just 15 minutes. Portugal’s defence made a lot of mistakes at the back which also led to the goals. Portuguese defenders Ruben Dias and Raphaël Guerreiro scored 2 goals in their own net which made it easier for Germany to win.

The match on 28 June 2021 played between Belgium and Portugal was equally exciting. Belgium won the match one goal to nil. Thorgan Hazard scored a banger in the 42nd minute, the only goal in the match, which led Belgium to qualify for the quarter-finals. Portugal once again lost an important match and now they are out of the tournament.