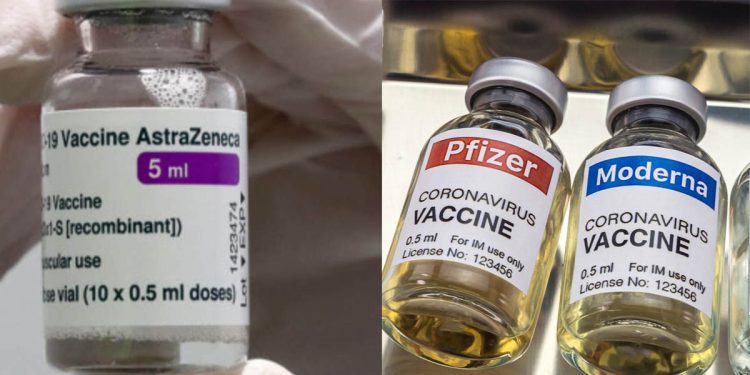 The much-anticipated hope for long-term protection from COVID19 comes to view as more vaccines begin to arrive in Bhutan.

A team led by Bhutan health minister Dechen Wangmo received the Moderna vaccines, which winged its way in a special chartered flight organised by UNICEF, to Paro International Airport late on Monday.

“Foreign minister Dr Tandi Dorji and team will receive the first consignment of AstraZeneca from Denmark this afternoon,” the PMO, Bhutan said in a statement issued on Tuesday.

“Vaccines are certainly a most scarce commodity at this time, so we are grateful to have so much support from the international community,” Prime Minister Dr Lotay Tshering said.

“We are fortunate that Bhutan evokes tremendous goodwill and affection world over, we are blessed with genuine friends who have been unwavering in their help and support for our country,” he added.

“We are happy to report that Bhutan is receiving vaccines from various sources,” the PMO stated.

The sources, from where Bhutan is receiving the vaccines are:

“We have also ordered the purchase of 200,000 doses of Pfizer vaccine, which will arrive towards the end of this year,” the PMO informed.

With more countries coming forward with similar commitments, Bhutan has informed them of the vaccine sufficiency for now.

This is to ensure that other countries are not deprived of the vaccines that are very critical at this stage. However, the request for the need of future booster doses have been conveyed.

Having secured enough vaccines to administer the second dose for the eligible population of above 18 years, provisions to cover those who are 17 years and below are also being made in consonance with the availability of data and evidence.

“This second dose will boost the protection provided by the first round of vaccination which was initiated in March with the sole support of the Government of India, with 550,000 doses of AstraZeneca of which the balance 62,000 is still being used for walk-in persons,” the PMO said.

“For the second dose, His Majesty had advised the government that sourcing vaccines from India once more would be inconsiderate given the shortage of vaccines and surge of cases in the country at the time.”

However, the Government of India continued to support and endorse Bhutan wherever required.

“It is a heartfelt knowledge that should we fail in securing vaccines from other countries, the government of India was ready to step in despite all the challenges,” Prime Minister Dr Tshering said.

In consultation with the Zhung Dratshang, the government has decided to roll out the second nationwide campaign on the auspicious date of July 20.

While the rollout plan will be similar to the first one, the government awaits evidence on Moderna vaccine to cover children below 17 years.

“As we look forward to the next step in overcoming this pandemic, the government, on behalf of the people of Bhutan, would like to offer our heartfelt gratitude for His Majesty’s leadership that has guided and inspired us throughout,” the Prime Minister said.

“On behalf of His Majesty The King and the people of Bhutan, I thank all the countries and agencies for their generous support,” he added.

The government expresses special thanks to all the individuals, multilateral and bilateral partners, including the WHO, UNICEF, GAVI-COVAX alliance, the United States of America, European Union, Government of India, and People’s Republic of China for demonstrating unconditional support and playing an important part in the lives of all Bhutanese.

Meanwhile, the second phase of the nationwide vaccination rollout and allocation plan will be notified in the coming days, the PMO added.