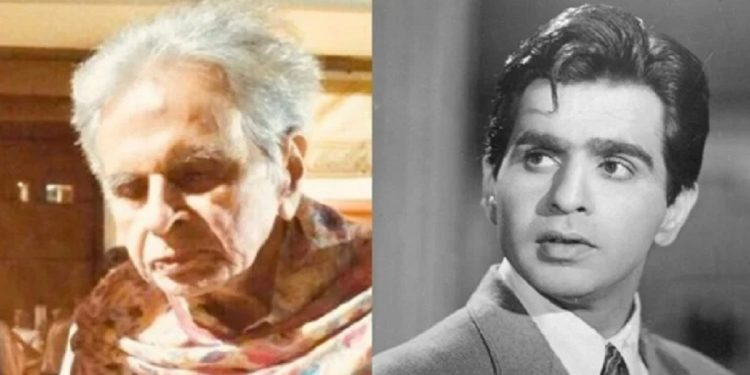 Dilip Kumar passed away at the age of 98 on Wednesday.

Dilip Kumar breathed his last at the Hinduja Hospital in Mumbai.

With a heavy heart and profound grief, I announce the passing away of our beloved Dilip Saab, few minutes ago.

We are from God and to Him we return. – Faisal Farooqui

The actor had been witnessing age-related health issues for the last few days and had been admitted to the hospital multiple times.

He was admitted to the intensive care unit (ICU) of Mumbai’s Hinduja Hospital on June 30.

Dilip Kumar Ji will be remembered as a cinematic legend. He was blessed with unparalleled brilliance, due to which audiences across generations were enthralled. His passing away is a loss to our cultural world. Condolences to his family, friends and innumerable admirers. RIP.

My heartfelt condolences to the family, friends & fans of Dilip Kumar ji.

His extraordinary contribution to Indian cinema will be remembered for generations to come. pic.twitter.com/H8NDxLU630

Shri Dilip Kumar ji was an outstanding actor, a true thespian who was well regarded by everyone for his exemplary contribution to the Indian film industry.

His performances in films like Ganga Jamuna touched a chord in millions of cinegoers. I’m Deeply anguished by his demise.

To the world many others may be heroes. To us actors, he was The Hero. #DilipKumar Sir has taken an entire era of Indian cinema away with him.
My thoughts and prayers are with his family. Om Shanti ?? pic.twitter.com/dVwV7CUfxh

Dilip Kumar is often referred to as “The First Khan”.

In a career spanning over five decades, Kumar worked in over 65 films.

Dilip Kumar married actress Saira Banu in 1966. He does not have any children.

He is one of the last stars from the Golden Age of Hindi cinema.

Dilip Kumar is widely considered one of the greatest actors in the history of Hindi cinema. He holds the Guinness World Record for winning the maximum number of awards by an Indian actor.

Actor Shahrukh Khan considers Kumar as his inspiration ever since he began his career as an actor and has often referred Kumar as the main reason for him to pursue a career in acting.

The Government of India honoured Kumar with the Padma Bhushan in 1991, the Dadasaheb Phalke Award in 1994 and the Padma Vibhushan in 2015.

The Government of Pakistan conferred Kumar with Nishan-e-Imtiaz, the highest civilian award in Pakistan, in 1998.

(This is a breaking story)