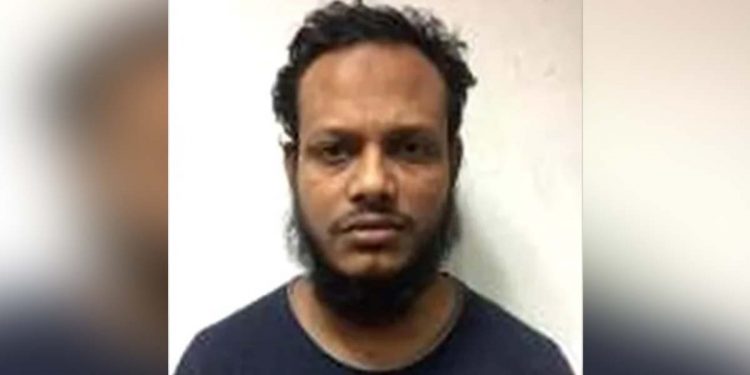 Jamaat-ul-Mujahideen Bangladesh (JMB) chief Kausar alias Boma Mizan, the prime accused in the 2014 Burdwan blast case, was sentenced to 29 years in jail for waging war against the democratically established governments of India and Bangladesh.

The sentence was announced by an NIA Special Court at Kolkata in NIA Case RC-03/2014/NIA/DLI (Burdwan blast case).

The accused, Kausar alias Boma Mizan, is a resident of Shekharbhita village in Jamalpur police station under Bangladesh’s Jamalpur district.

He was the head of Jamat-ul-Mujahideen Bangladesh (JMB) in India, a proscribed organization.

He is also a charge-sheeted accused in another NIA case related to Bodh Gaya blast in Bihar in January 2018, the NIA said in a statement.

On October 2, 2014 at about 12:15 am, a powerful IED exploded on the first floor of a rented house in the busy Khagragarh locality of Burdwan district of West Bengal.

The IED had accidentally gone off at the time of its fabrication by the members of banned terrorist organization – Jamat-ul-Mujaheedin of Bangladesh (JMB).

Two terrorists had succumbed to their injuries caused due to blast.

The case was initially registered by West Bengal Police which was subsequently taken over by NIA on October 10, 2014 for investigation.

“Investigation by NIA revealed a conspiracy by JMB (Jamat-ul-Mujahideen Bangladesh) to radicalize, recruit and provide training in arms and explosives to its members in India for committing terrorist acts and waging war against the democratically established Governments of India and Bangladesh,” it said.

“A large number of IEDs, explosives, hand grenades, training videos were recovered during the investigation of the case,” the NIA said in its statement.

After extensive investigation, a total of 33 accused were charge-sheeted by NIA for commission of various offences in this case.

The NIA was able to arrest Burdwan blast accused Sahanur Alom, who was behind the key person of the Jamaat-ul-Mujahideen Bangladesh (JMB) module in Assam’s Barpeta district.

Earlier, 30 accused persons were convicted and sentenced, to various terms, by the NIA Special Court, Kolkata.