Siraj was allegedly called ‘monkey’ by the drunk spectator from the SCG stands. 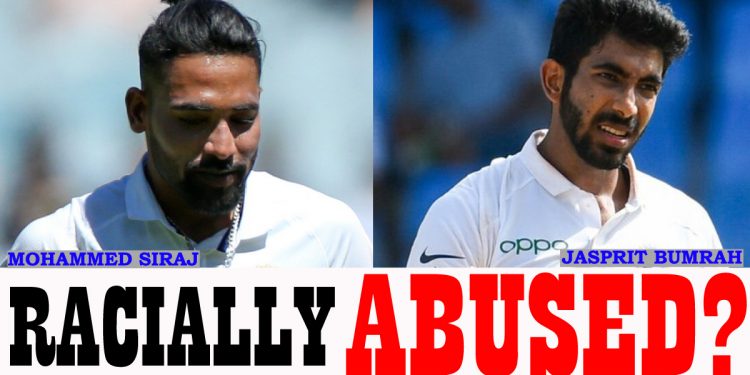 The Board of Control for Cricket in India (BCCI) has lodged a complaint with the International Cricket Council (ICC) match referee David Boon after pacers Jasprit Bumrah and Mohammed Siraj had to face racial abuse at the Sydney Cricket Ground (SGC) during Day 3 of the ongoing 3rd Test match between India and Australia.

The BCCI, which is ‘furious’ at the turn of events, has termed the incident ‘unacceptable’.

The incident took place on the third day of the ongoing third test match between India and Australia when a ‘drunk’ spectator racially abused Jasprit Bumrah and Mohammed Siraj.

Siraj was allegedly called ‘monkey’ by the drunk spectator from the SCG stands.

Meanwhile, the ICC, after receiving a formal complaint from the BCCI has started an investigation into the matter.

The SCG officials are making all arrangements to provide CCTV footages available to the ICC.

The incident has reminded all of the infamous 2008 ‘Monkeygate’ racism row that rocked the India-Australia series in Sydney.

Andrew Symonds had accused Harbhajan Singh of racially abusing him and calling him a ‘monkey’.