Gandhinagar station to add a 5-star hotel above railway tracks 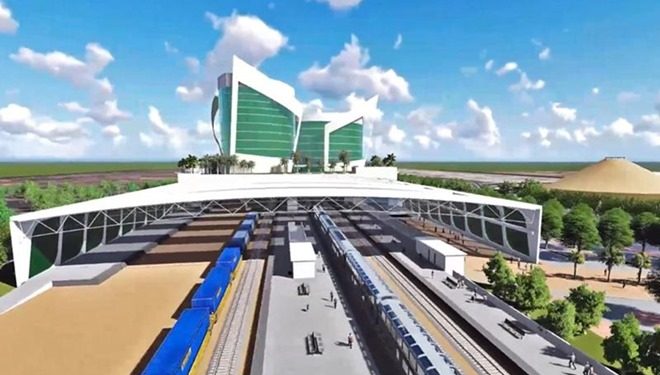 The five-star hotel is expected to be completed by December this year.

The Gandhinagar railway station in Gujarat is going to be really unique!

In a first of its kind in India, the Indian Railways is going to build a five-star hotel above the railway tracks in the station.

“This is a known international practice, but in India, Gandhinagar will be the first railway station to have a 5-star facility above the tracks,” Financial Express quoted VK Yadav, chairman of Railway Board as saying.

Yadav said the Railways has allowed for pillars to come on the tracks to form the ceiling which will allow for the hotel to be constructed on top.

The five-star hotel, which will be run by the Leela Group, is expected to be completed by December this year.

“It’s a unique model, the design has been made in a way that no vibrations or noise from the trains on the tracks below will be felt by the occupants of the hotel,” Yadav said.

He said the prime objective of redeveloping Indian Railways is to provide world-class facilities and experience to passengers without the national transporter having to spend money.

The 5-star hotel will have over 300 rooms with the ground floor 22 metres above the ground.

The entire Gandhinagar station will have 3 towers that will give the impression of petals from an aerial view.

The three towers will have 6, 8 and 10 levels with the hotel making the station one of the tallest buildings in the city.

The Gandhinagar railway station will have a revamped station building with concourse areas that will boast retail shops, food courts etc for the comfort of passengers.

A dedicated transit hall will be made to seat as many as 600 passengers.