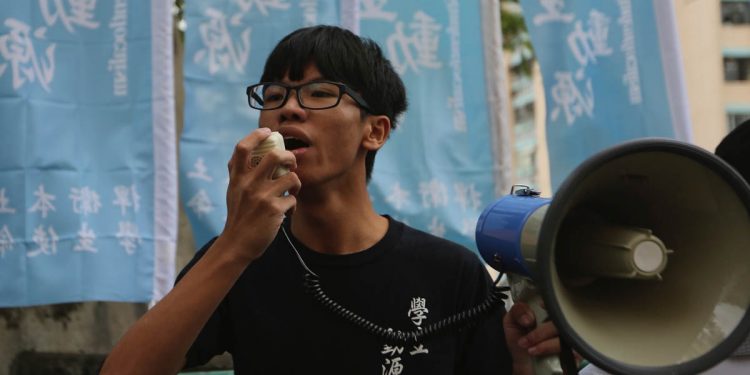 A Chinese court has sentenced Hong Kong student activist Tony Chung to four months imprisonment for insulting the Chinese flag during a protest in May last year.

The former leader of pro-independence group Studentlocalism was convicted on charges of desecrating the national flag and unlawful assembly during a protest against a controversial extradition bill tabled by the Hong Kong government last year.

A mass demonstration movement finally led to the withdrawal of the bill.

A report quoted the court as saying that Chung had shown disrespect to the national flag by pulling at it, breaking the flag pole and throwing it in the air.

The 19-year-old student leader faced up to three years in jail after he was found guilty earlier this month.

The teenager was booked on separate charges of “inciting secession” filed under a new national security law enacted by China in July.

He is currently awaiting trial under this new law that criminalizes subversion, secession and collusion with foreign forces.

Chung was among the first to be arrested and prosecuted under the new law in July.

The police again arrested him in October near the US consulate in Hong Kong.

However, the UK-based activist group Friends of Hong Kong said that Chung had been planning to enter the US consulate to claim asylum.

The student leader has also been charged with money laundering and conspiring to publish seditious content.

On the other hand, the new Chinese national security law has drawn sharp criticisms from across the globe as ends the freedom for 50 years guaranteed to residents of Hong Kong after the British rule ended in 1997.

Countering the criticism, the Chinese government said that the law is necessary to prevent pro-democracy protests witnessed in Hong Kong last year.